The United States Supreme Court (USSC) has ruled that an employer health plan did not impermissibly discriminate against Medicare beneficiaries when the plan provided for no in-network dialysis treatment and reimbursed dialysis providers based on what Medicare would have paid. The case is Marietta Memorial Hospital Employee Health Plan v. DaVita, Inc. (opens a new window)

For employers who want to save money on out-of-network renal care and are not concerned with employee friction, the Supreme Court case provides a roadmap for how to structure out-of-network payments to renal dialysis providers.

Employer health plans that provide coverage to active employees and their dependents are subject to laws that generally require that the employer plan pay primary with respect to Medicare. These are known as the Medicare Secondary Payer (MSP) laws, which generally prohibit discrimination against Medicare beneficiaries eligible for coverage in employer plans. While the MSP rules for age-based and disability-based Medicare entitlement are based on employer size, Medicare entitled based on end-stage renal disease (ESRD) is applicable to all employers.

Persons who qualify for Medicare on the basis of ESRD tend to be very expensive, and Medicare spends about $50 billion annually in treatments for these individuals. Because employer plans might try to circumvent the rules that require primary payments, persons who qualify for Medicare due to ESRD are subject to two nondiscrimination rules. An employer health plan “may not differentiate in the benefits it provides between individuals having end-stage renal disease and other individuals covered by such plan on the basis of the existence of end-stage renal disease, the need for renal dialysis, or in any other manner.”

Similarly, a plan “may not take into account that an individual is entitled to or eligible for” Medicare due to end-stage renal disease.”

The employer health plan in question had no in-network providers for dialysis and based out-of-network reimbursements on Medicare reimbursements. The dialysis provider sued alleging discrimination under the ESRD rules noted above.

Lockton comment: Typically, employer insurance pays significantly more than Medicare. The court opinion doesn’t address whether the plan used a Medicare reimbursement schedule for all out-of-network benefits or just dialysis treatments. We suspect the latter. As noted in the dissenting opinion, 97% of persons diagnosed with ESRD receive dialysis treatment. So, it was argued, a reimbursement limit on outpatient dialysis was really a reimbursement limit for people with ESRD. However, as noted below, the majority opinion disagreed.

The USSC ruled the plan design did not differentiate benefits between individuals with ESRD and other persons covered by the plan because the plan provided the same out-of-network benefits for all enrollees, regardless of whether an enrollee had ESRD. Further, the MSP law does not provide that a plan design that has a disparate impact on ESRD enrollees amounts to prohibited discrimination.

Likewise, the USSC indicated the plan design did not take into account ESRD because the plan design was the same for all enrollees. If Congress had intended that employer health plans provide mandated levels of out-of-network reimbursement for renal care, it would have included a parity requirement for ESRD, as it did for mental health and substance abuse benefits.

The result of the case allows employers to provide limited coverage for out-of-network dialysis. That being said, most employer plans provide some in-network coverage for kidney dialysis and provide plan design incentives for enrollees to stay in-network. As patients who use out-of-network care often realize after services are rendered, the provider will balance bill them for whatever costs insurance won’t cover.

While a new federal “surprise billing law” provides some balance billing protections for enrollees, that law typically won’t apply to outpatient dialysis care. Although the decision may be viewed as an opportunity to save money, employers should consider the potential employee relations issues associated with such a change. 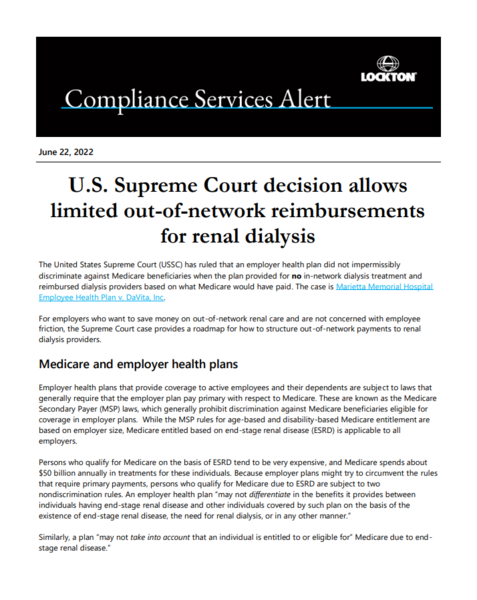 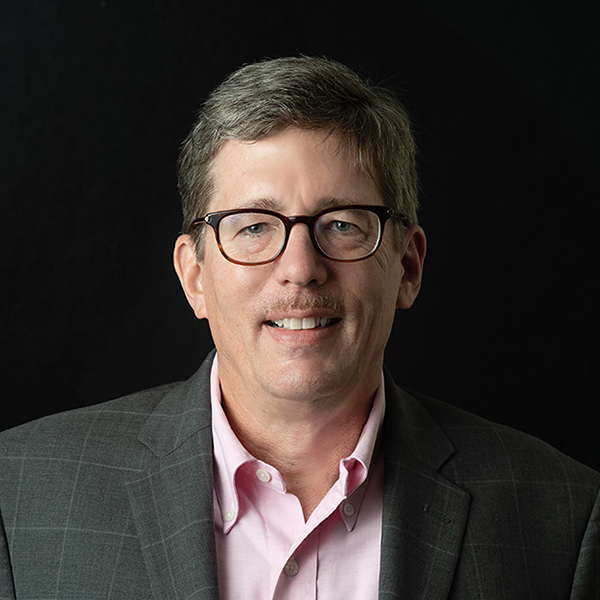