The U.S. Treasury and Federal Reserve recently revised the terms and conditions for the Main Street Lending Program (Program). The revisions:

The Program is still not finalized, so prospective borrowers and lenders will have to wait for additional details before finalizing applications.

The basic structure of the Program remains the same. Private lenders will originate new loans, or additional tranches of preexisting loans, then sell a portion of the loan to the Federal Reserve. The Federal Reserve will have the ability to participate in up to $600 billion in loans, though that amount could be increased if there is enough demand before the announced Sept. 30, 2020, termination date.

Businesses cannot simultaneously participate in more than one facility and cannot participate in certain other programs through the Federal Reserve. A business that received a Paycheck Protection Program (PPP) loan can also receive a Main Street loan; however, many types of businesses ineligible for a PPP loan will also be ineligible for a Main Street loan, including financial institutions, casinos and private clubs (see 13 CFR Section 120.110(b)-(j) and (m)-(s)).

Interest rate: The interest rate is adjustable and was updated to be tied to the LIBOR (one or three month), a rate typically used for loans among financial institutions, plus 3%. Both the one- and three-month LIBOR rates are currently less than 1%.

Forgiveness and prepayment: The loans are not forgivable but there is no penalty for prepayment.

Borrowers must make several attestations and commitments when applying for a Main Street Loan, as discussed in our prior alert (opens a new window). The new guidance provides some important modifications, including:

The Program is not yet live, and it is not clear when it will begin. Interested employers will still want to reach out to their lenders to begin preparing any materials the lender believes will be necessary. The Federal Reserve will publicly issue a form loan participation agreement, form borrower and lender certifications, and other form agreements that are necessary to implement the Program in accordance with the new guidance. 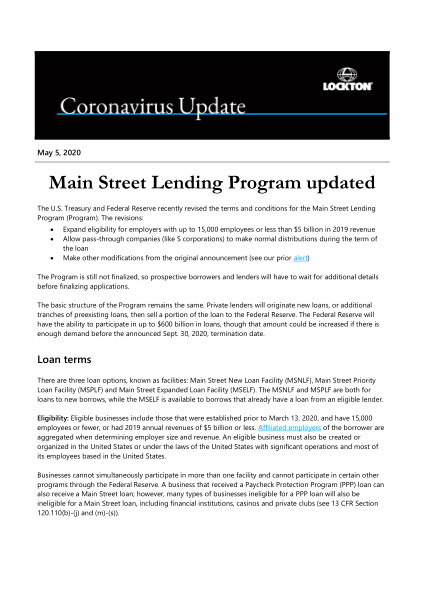 Download alert (opens a new window)Not legal advice: Nothing in this Alert should be construed as legal advice. Lockton may not be considered your legal counsel, and communications with Lockton's Government Relations group are not privileged under the attorney-client privilege. 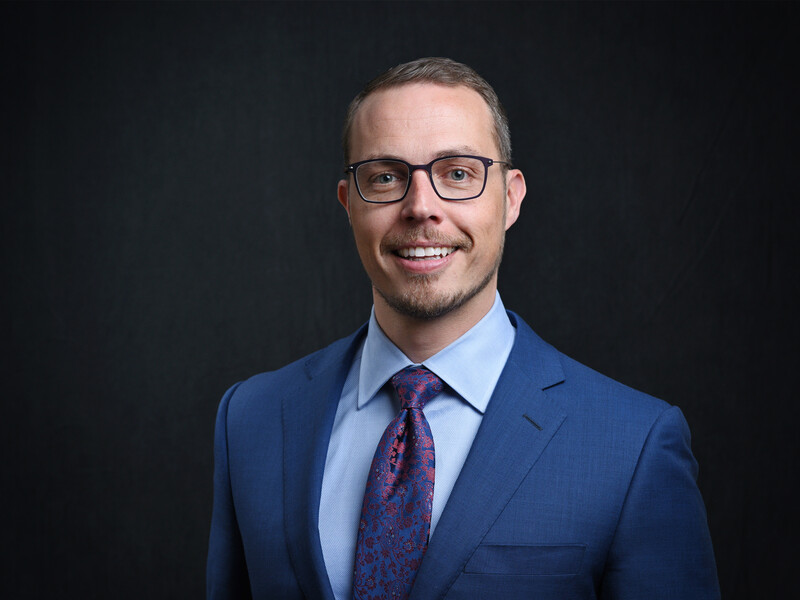