Group healthcare plans must either pay for the OTC tests upfront at the point and time of purchase or must reimburse the enrollee’s out-of-pocket upfront payment for the tests. In either case, neither enrollee cost sharing nor prior authorization is permitted.

The new coverage mandate applies to most OTC tests obtained on or after Jan. 15, 2022, through the last day of the COVID-19-related public health emergency declared in early 2020 by the Department of Health and Human Services (HHS). That declaration has been renewed consistently in 90-day increments and is set to be renewed again this week.

The new rule does allow plans, in certain cases, to limit to $12 the amount they’ll reimburse (per test), and limit the number of reimbursable tests to eight per enrollee in any 30-day period. No reimbursement is required for tests purchased for return-to-work purposes, for other than for personal use of an enrollee, or for resale.

Lockton comment: The accommodation for plans to not reimburse tests for employment purposes, resale or for use other than by a plan enrollee is a hollow accommodation. It will be nearly impossible for plans to police how or whether OTC tests will be used by the purchaser or resold. The regulators’ guidance says plans can require an attestation from the purchaser, reflecting that everything is on the up-and-up, but the value of a mere attestation in this context is essentially worthless.

The initial group healthcare plan mandate to cover most COVID-19 diagnostic tests without cost sharing or preauthorization was imposed by the Families First Coronavirus Response Act (FFCRA) and tweaked by the Coronavirus Aid, Relief, and Economic Security Act (CARES), both passed by Congress in early 2020. Those laws require group plans to pay either the negotiated rate or the advertised cash price for the tests.

Lockton comment: The statutory requirement for plans to pay either the negotiated (e.g., in-network) price or the cash price set and disclosed by the testing provider has led to cases of price gouging by some independent testing entities.

Initial guidance issued by regulators permitted plans to limit the cost-free coverage mandated by FFCRA and CARES to tests ordered by a licensed healthcare provider. But with the onset of COVID-19’s delta and omicron variants, and the expanded availability of OTC COVID-19 tests, federal officials sought to facilitate the citizenry’s cost-free access to such tests. To do so, regulators have merely re-interpreted FFCRA and CARES to require cost-free access to OTC testing kits even where not ordered by a physician.

Lockton comment: The original mandate, for coverage of diagnostic tests ordered by a healthcare provider, remains in effect. It is merely supplemented by the new guidance requiring coverage of OTC tests whether or not ordered by a provider.

The new requirement compels group healthcare plans to pay for almost any OTC COVID-19 diagnostic test. Specifically, the coverage mandate extends to OTC tests for which the manufacturer has received approval by the FDA, or has requested (or intends to request) approval, and to tests approved by HHS.

Plans are not required to arrange for direct, upfront payment to the tests’ manufacturers or retailers. However, regulators clearly want plans to make such arrangements, that is, to work with in-network pharmacies and the plans’ mail order pharmacy programs to allow for the plans’ direct, upfront payment for OTC testing kits rather than requiring enrollees to pay the cost and seek reimbursement from the plans.

As an incentive for plans to make such direct payment coordination, regulators have created a safe harbor under which plans may limit the amount they pay per test. While the general rule under FFCRA and CARES is that plans must pay either the negotiated rate or advertised cash price for a COVID-19 test, if the plan arranges for direct payment for OTC tests obtained from its pharmacy network and the plan’s direct-to-consumer shipping program (with no cost sharing from the enrollee), it may then limit to $12 per test (or if less, the actual cost) the amount it will reimburse for tests obtained from non-network pharmacies or other retailers.

Lockton comment: If the OTC tests come bundled, more than one in a pack, the $12 reimbursement limit is multiplied by the number of tests in the pack.

In the perfect world plan sponsors would amend their plans to reflect this new twist on the FFCRA and CARES testing coverage mandate even though it will apply for a limited duration (i.e., until the HHS COVID-19-related public health emergency declaration expires). For sponsors who wish to amend their plans, regulators supply a free pass with respect to normal rules that might otherwise have required 60 days advance notice.

Lockton comment: Lockton will prepare a model amendment for wrap plans arranged through Lockton, but the amendment will have the most relevance with respect to self-insured medical plans included in the wrap document. Frankly, unless the plan’s reinsurer insists on a written amendment before it will apply these OTC testing kits fees against an aggregate reinsurance limit, it is difficult for us to get excited about suggesting a plan amendment.

The new guidance has been in the offing for several weeks, so we suspect insurers and third-party claim payers have already been working with their in-network retail pharmacies and direct-mail pharmacy vendors to accommodate plans’ direct payment of these OTC tests. If those efforts have not yet come to fruition, we suspect they will in short order, to the extent practicable.

Plan sponsors should expect to receive inquiries from group healthcare plan enrollees about the new mandate and, specifically, the process enrollees should follow to request reimbursement of OTC test kit fees if the kits are not readily available on a direct pay basis. 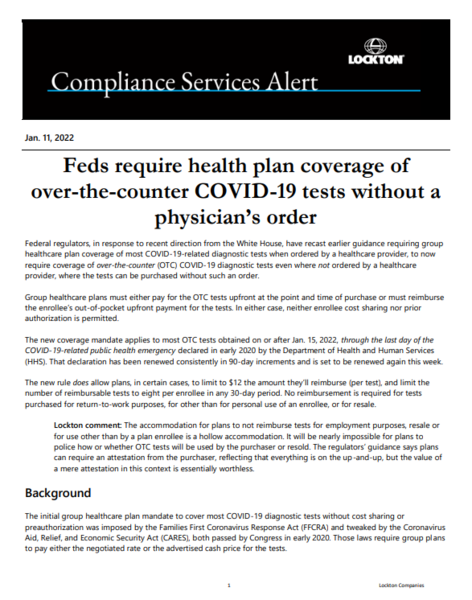 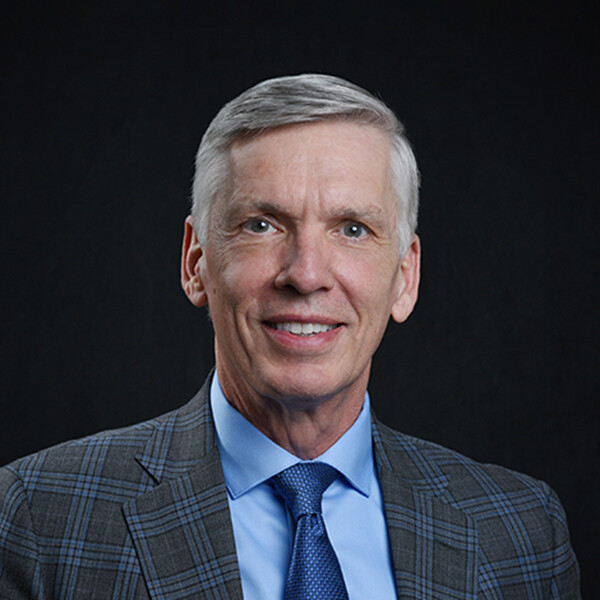