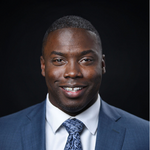 Lockton, the world’s largest privately held insurance brokerage, has named Brian Roberts Chief Operating Officer of its Midwest operations. As COO, Roberts will be responsible for operations and business development for Lockton’s regional hub, including Chicago, Cleveland, Green Bay, Memphis, Milwaukee, Nashville, Pittsburgh and St. Louis. Roberts is an experienced coach and operations leader for Lockton and will also be responsible for attracting the best industry talent and maintaining Lockton’s position as the best place to work and do business in insurance.

“After an extensive search, we couldn’t be more thrilled that Brian is joining the Midwest operations team,” said Tom Schaffler, Chief Executive Officer of Lockton’s Midwest operations. “Not only does Brian bring a deep knowledge of Lockton, but he is a truly skilled people developer and coach. I look forward to working alongside him and seeing how our people grow under his leadership.”

Roberts is currently serving as Executive Vice President, Director of Operations for Lockton’s Founders Series which has offices in Kansas City, Des Moines, Michigan, Minneapolis and Omaha. He joined Lockton in 2009 after a career in Major League Soccer. During his time with Lockton, he has served clients, people and communities and has made wide ranging contributions to the success of the organization including a key role expanding Lockton’s presence in Omaha and Michigan. In 2020, he was named Chief Diversity Officer for the enterprise and in 2021, he was promoted to EVP and was awarded the Big Jack Award, named for founder Jack Lockton, in recognition of his contributions to the company. In the community, he graduated from the Kansas City Tomorrow leadership program and currently serves as Co-Chair on the Board of Directors for the Kansas City Area Development Council.

“I am looking forward to building upon the exciting growth in the Midwest and working with this talented group of people,” said Roberts. “Over my past 12 years with Lockton, I have developed as a leader and a person. I am excited for the opportunity to take on this new role while remaining committed to my position as Lockton’s Chief Diversity Officer, an area and role I am deeply committed to.”