The Suez Canal incident has caused enormous disruption for cargo transportation. The event illustrates the risks that narrow strategic passageways pose to the maritime cargo sector.

International supply chains were thrown into disarray when the 400 meter (430 yard) Ever Given ran aground in the canal on March 23, 2021. The ultra-large vessel blocked the strategic shipping route between Europe and Asia for six days before specialist rescue teams were able to dislodge it. At least 400 cargo ships were stuck and many forced to reroute.

As a result of the incident, businesses that had cargo affected by the disruption face billions of dollars of lost profits and damages, according to John Ellison (opens a new window), an attorney with US-based law firm Reed Smith LLP.

Businesses may be able to recover some of the losses from their insurers. Among policies that could respond are trade disruption insurance products (TDI) which are designed to protect against the many obvious and not so obvious risks that international trade is exposed to throughout the supply chain. TDI products are a significant enabler for exports, imports and international projects.

Further, some policies may protect against damaged cargo and the ship itself.

A similar disruption to the one in the Suez Canal could happen in any of the other narrow and busy strategic passageways in the world. 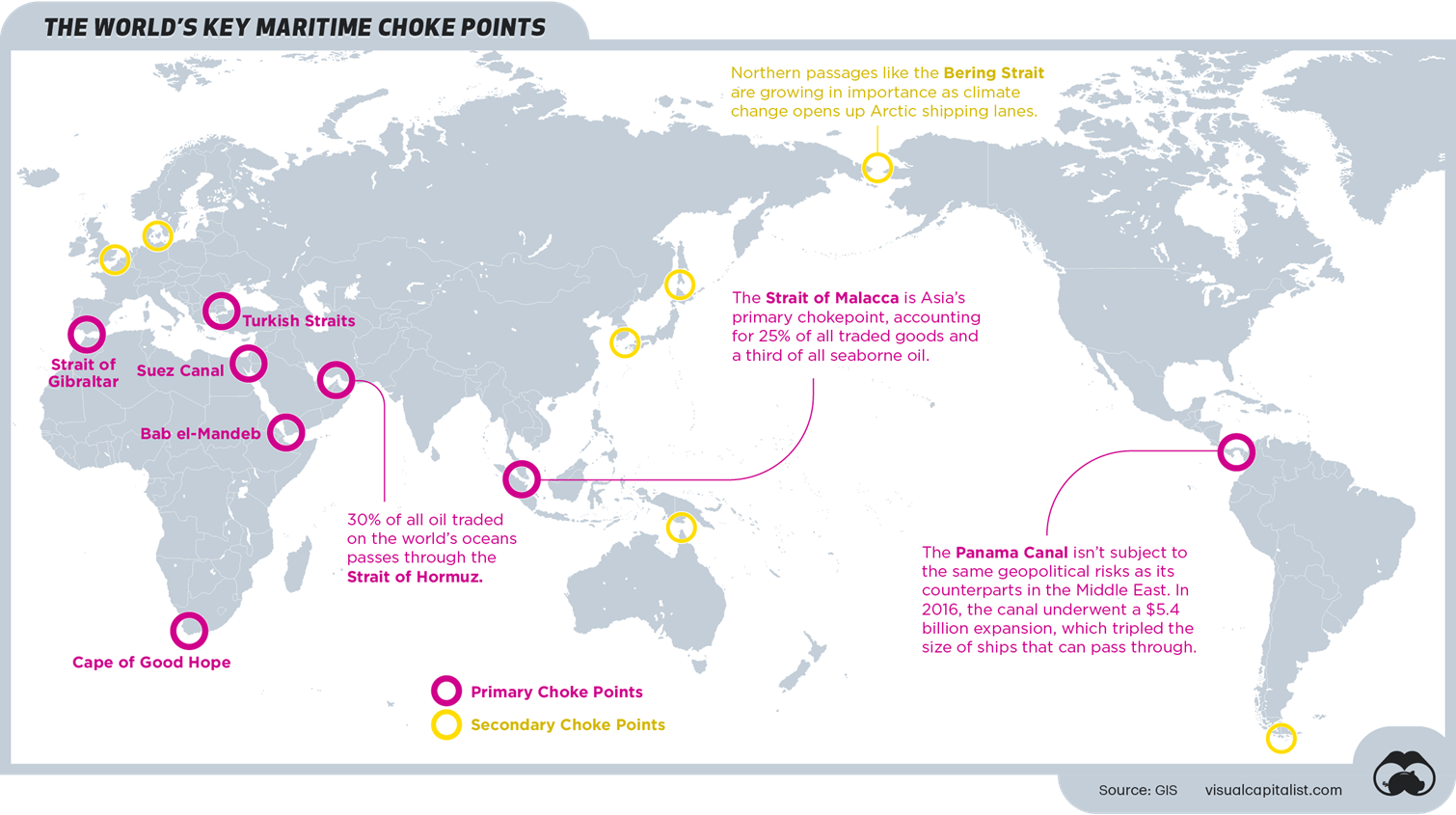 The risk of chokepoints

Around 80% of the volume of international trade in goods is carried by sea, and the percentage is even higher for most developing countries, according to UNCTAD (opens a new window). Shippers rely heavily on a few strategic trade routes to move goods around efficiently. Narrow passageways along the routes create bottlenecks that pose a significant risk to maritime operations from a structural as well geopolitical perspective. 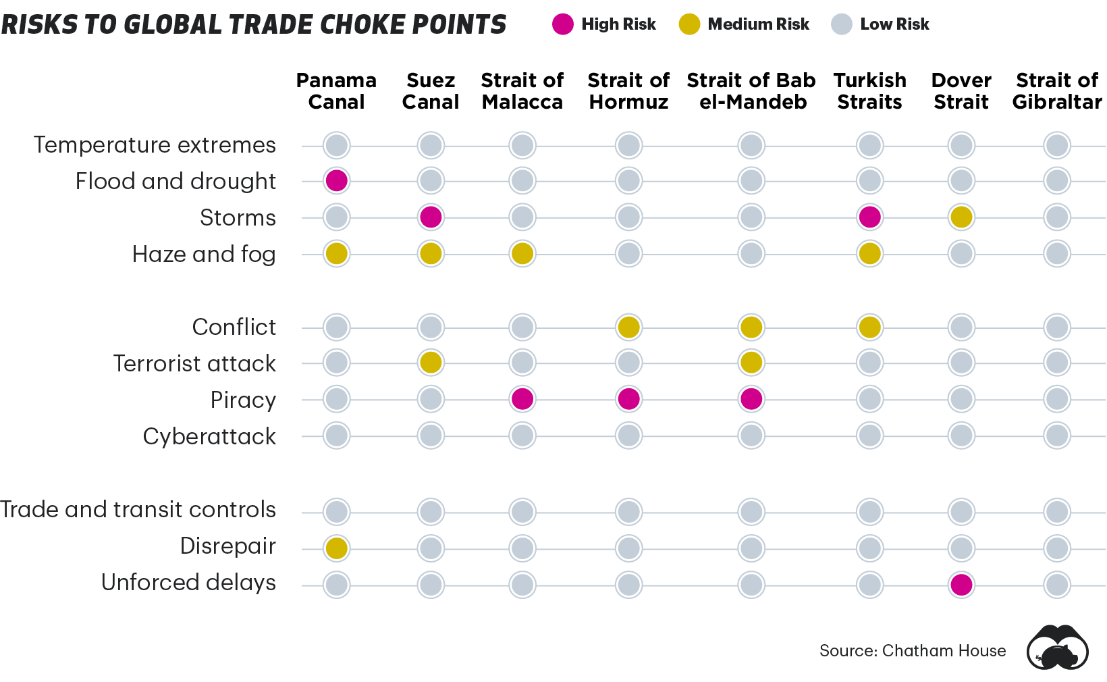 The average size of most vessels has increased exponentially over the past 15 years, making navigation through such chokepoints even more complex. The Ever Given is just one of an ever-growing world fleet of oversize vessels designed to maximise efficiencies in order to compete on a global scale.

Following the Suez Canal incident, shipping experts have suggested (opens a new window) that specialist equipment and associated procedures have long struggled to keep up with the ever increasing size of commercial vessels. The ability to salvage ultra large vessels has not kept up with this trend, according to some. Upgrading narrow passageways such as the Suez Canal for example through a second channel to offer an alternative route or through the acquisition of bigger tugboats, dredgers and offloaders are opportunities worth discussing to reduce the risk of major disruptions in the future.