A look at the types of breach, the timing and settlement of claims and general conditions in this growing marketplace. By George Apperly, Transactional Risks, Lockton Companies LLP

As warranties and indemnity (W&I) insurance has gained acceptance in the M&A community in the last five years, there has been a rise in claims.

Corporate buyers are the most frequent claimants of ‘breach of warranty’, with private equity (PE) or sovereign wealth buyers less likely to bring claims, indicates research by Lockton and law firm Addleshaw Goddard.

Corporate buyers who undertake several acquisitions often have a post-deal transition team to analyse a transaction and the acquired entity – this makes them more likely to identify any issues or potential warranty claims, says Richard Wise, Partner at Addleshaw Goddard.

In Europe the warranties most likely to be breached relate to financial statements, compliance with laws and material contracts.

Conversely, financial buyers  can be slightly more removed from the day-to-day business and may be conscious that a litigious reputation in the marketplace could damage their position in future bids and transactions, Wise notes. “In the event of fraud or wilful concealment, however, there is a point where financial buyers need to be seen to take action as it would be more damaging to their reputation not to do so.”

Historically, M&A lawyers across Europe have rarely seen warranty claims, so it is often asked whether buyers are more likely to make a claim when they have W&I insurance.

Harry Blakelock, Senior Vice President at Lockton, says: “From our discussions with underwriters, this has yet to be seen, though underwriters are certainly paying out large amounts of money on claims. Historically, PE investors would be unwilling to claim against warranties because of possible reputational damage, and the fact they would most likely be claiming against their own portfolio management teams. However, W&I insurance removes this dynamic.”

Underwriters exposed to the US market are facing larger claims. Lockton’s New York team has helped resolve over 30 claims in the last five years, and has 20 ongoing ones. “The European W&I market does not see anything like this frequency,” says Blakelock.

A notable difference in the US is claims resulting from a breach of warranty around condition of property, machinery or wage and hour claims. These types of warranty are typically excluded from European law deals, says Blakelock.

“In Europe, the warranties most likely to be breached commonly relate to financial statements, compliance with laws and material contracts, with underwriters increasing their scrutiny on the drafting of these warranties.” 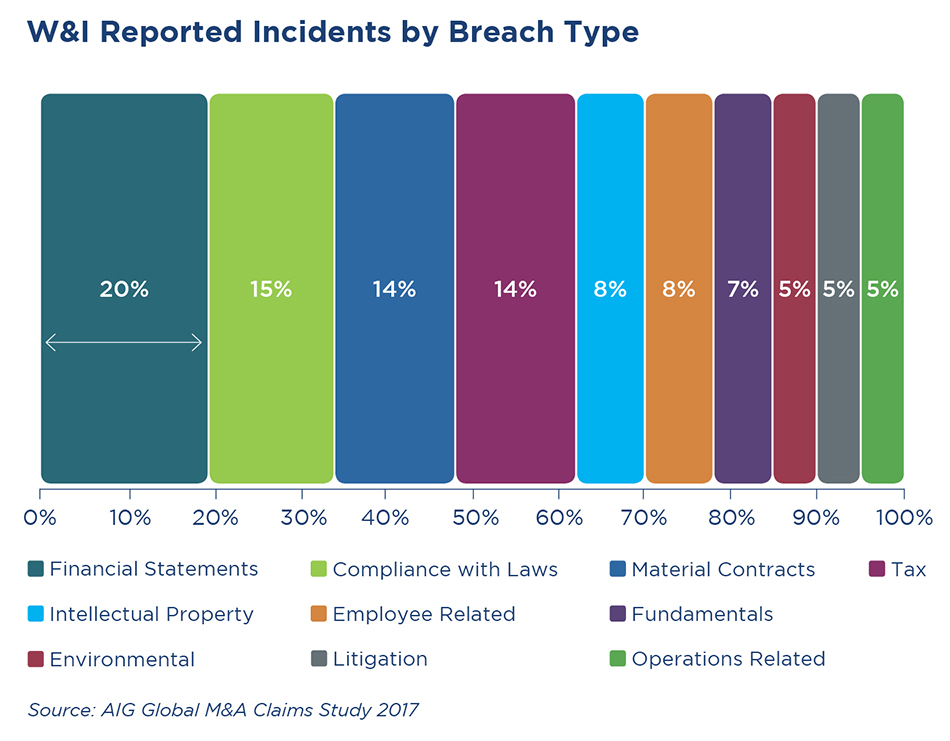 Claims in the market normally occur within the first 18 months of policy placement, as that is generally long enough for a buyer to go through at least one audit period and become aware of any potential warranty claims, says Wise.

Recent data from reinsurer Munich Re, however, shows that historical claims are catching up with reinsurers. Projections based on realistic assumptions for the years after 2012 indicate combined ratios of very close to 100%, meaning that underwriters are struggling to create profit. Even minor fluctuations in losses or a further worsening of market conditions could put many insurers into the red. Rates in the market continue to drop, however, due to competition in the market. 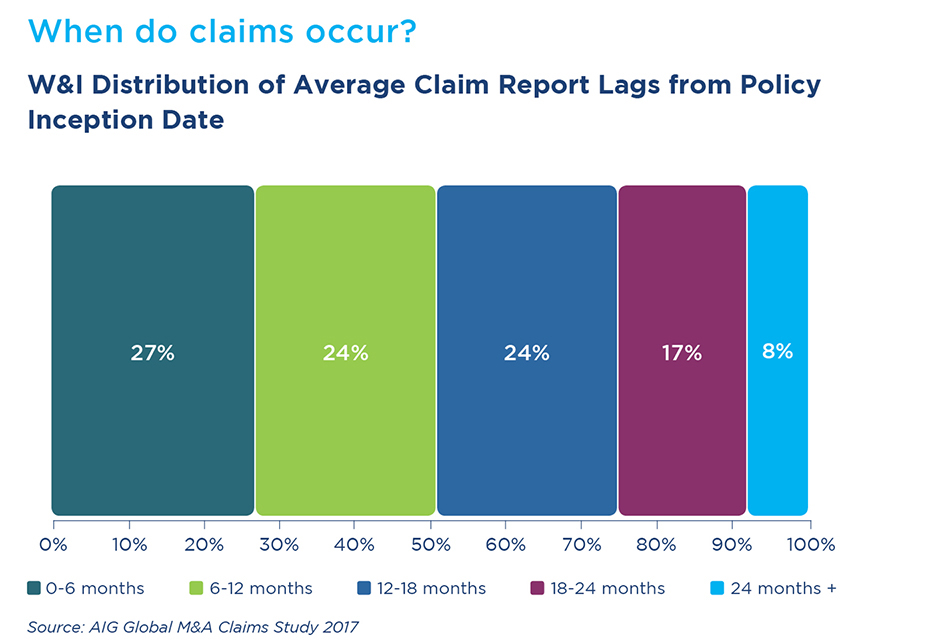 The W&I market has expanded dramatically over the last few years, with multiple new markets offering policies. Back in 2014 there were probably five or six legitimate markets, whereas now there are 16 W&I markets all aggressively pressing to take on risks, says Neo Combarro, Partner at Lockton.

Combarro says the three main factors that underwriters can use to differentiate themselves are:

“We have seen price and excesses drop dramatically and coverage positions expanded over the last few years,” says Combarro. “As a result, the impact of a big claim on an underwriter’s profit margin is far larger than a few years ago. The amount of notifications that are under the retention level has grown hugely.”

Because it is very much a seller's market at the moment, buyers may be accepting a cap on a seller's liability that may be insufficient in the event of a claim (Lockton’s experience suggests that a cap of between 10-30% is common).

“Our experience of claims is that a cap at 50% of the enterprise value is generally enough to cover the potential claim value, but if the cap drops below 30% there is a greater risk it will be insufficient,” says Wise.

There are now 16 W&I markets all aggressively pressing to take on risks.

W&I insurance has changed the nature of M&A discussions. “It is part of the conversation on almost every private M&A deal we see, especially those involving PE,” says Wise.

“It is increasingly the norm for W&I policies to have subrogation rights for the insurer limited to fraud only, and attachment points to be low at, or around, 1% of the insured limit.

“This raises an inevitable question from clients about whether there will be a hardening of attitudes in relation to the payment of claims – particularly as insurers are reporting an increase in the number of notifications they are receiving.”

This worry may be added to by flexibility and innovation in the market. Wise points to concepts such as 'knowledge scrapes' and 'drop-down' cover for IP, or latent third-party claims risks. “With the heightened scrutiny around investigations and compliance, finding a method of offering consistent coverage in an affordable way, and with certainty as to the claims outcome, seems a priority.”

There is sometimes also some concern that underwriters will be slow to respond to claims. However, delays have generally been because of audits or forensic accounting not being completed, notes Blakelock. “Buyers of W&I understand that the role of broker doesn’t end with a signed policy – it’s after seven years, when the policy expires. It’s crucial that your broker has the ability to fight your corner in the event of a claim.” 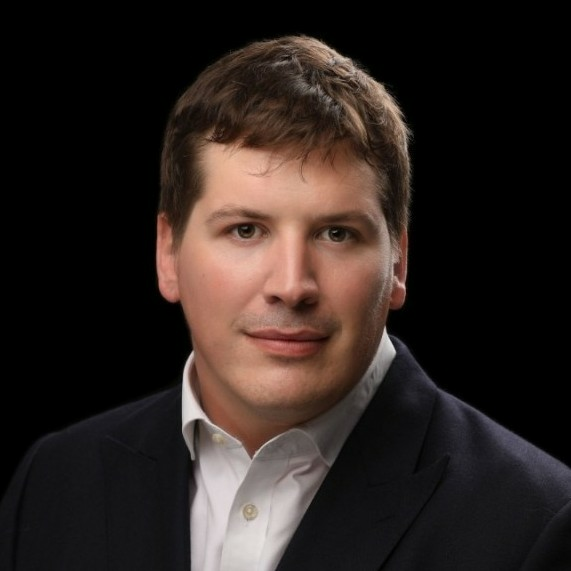