Ahead of renewal season, we produced our People Insurance Outperformance Report to guide organisations through some of the key considerations during renewals. We also shared trends and rate predictions across Australia.

Now the renewal period has passed, we are reflecting with our clients on how our predictions stacked up, the lessons learnt from this year, and actions that can be taken to ensure a smooth renewal process for next year.

So, what happened in the privately underwritten jurisdictions (Western Australia, ACT, Northern Territory, and Tasmania)?

Lockton anticipated insurers would be looking at rate increases anywhere between 3-5% across their portfolio for the 2022-23 period.

Overall, based on our June 30 placements, we estimate that insurers were seeking a rate increase between 2%-4% in Western Australia, and 4-6% across Northern Territory, ACT and Tasmania.

The following are some of the factors that influenced the rates:

ACT, Tasmania and the Northern Territory –

With another year down, what did we learn and what actions are Lockton recommending for next time round? 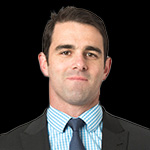