The shifting shape of the terrorism threat during the pandemic

As a result of increased disruption and a lack of international travel due to the Covid-19 pandemic, the profile of terrorism has been reshaped across the world.

The defeat of ISIS’s ‘caliphate’ in 2019, as well as the sharp reduction of international travel opportunities throughout the pandemic, have created new hurdles for overseas training and networking, which was typically seen in regards to jihadists going to Afghanistan, Iraq, or Syria. Therefore, the threat of returning foreign fighters to Europe, North Africa or the US isn’t as pronounced as it was a few years ago. Nevertheless, Islamist extremism still poses a major threat across the world. France, for example, has seen a number of Islamist attacks despite the pandemic, including stabbings (opens a new window) at a Nice church in October 2020. There is also the risk of renewed openings for terrorist groups in previously held ISIS territories in parts of the Middle East.

There are growing pockets of transnational jihadist activity in different corners of the world. Seven of the ten most at risk countries for terrorism are now in Africa. Four West African nations (Burkina Faso, Mali, Cameroon and Niger) make the list; alongside Somalia, the D.R.C and Mozambique. The geographical spread across the continent poses challenges to local security services and the international community too, as jihadist influence widens. Mozambique has an increasing concern owing to the threats to its gas industry, while Burkina Faso recorded the largest increase in deaths by terrorism in 2019.

At the same time, Covid-19 is increasing the terrorism risk around the globe due to the economic hardship it has created on a personal and governmental level and the possibility. This has the potential to distract the international community from counter-terror efforts. The United Nations has warned (opens a new window) that Islamic extremists are planning a possible “rash of pre-planned attacks” when restrictions on movement imposed during the Covid-19 pandemic are lifted.

Lockdowns are providing greater opportunity for extremists to recruit online and disseminate their propaganda. This is true not only for Islamist extremists, but also, increasingly, for the far-right. While posing a threat on its own, the far-right has also become intermingled with the growing number of anti-government activists angered at responses to the pandemic, such as lockdowns and mask wearing, and has led to a marked growth in the threat by such actors. In July 2020, the UN Security Council Counter-Terrorism Committee Executive Directorate (CTED) published an updated alert (opens a new window) warning that extreme right-wing terrorists are using Covid-19-related conspiracy theories and disinformation to radicalise, recruit and fundraise, as well as inspiring plots and attacks.

Around the world, people’s experience of the pandemic has differed according to their wealth, class and race. It has widened existing fault lines in regions such as Latin America, the Middle East, Asia, Hong Kong, the UK and noticeably the US, where spontaneous civic unrest has occurred. Political violence in territories such as Chile (opens a new window), Hong Kong (opens a new window), and Lebanon (opens a new window), with their roots in longstanding socio-economic or democratic grievances, have characterised the recent losses due to political violence. Longstanding issues have been exacerbated by Covid-19 as inequalities have grown and grievances have been felt more acutely. With the future uncertain in relation to Covid-19, governmental responses and the rollout of the vaccines worldwide, these trends are expected to remain and political violence is set to increase in these territories and beyond.

Many analysts worry that the long periods of isolation brought about through lockdowns allow greater opportunities for conspiracy theorists to disseminate their views and recruit those aligned with their thinking. Isolation, conspiracy theories, extreme anger towards governments for, supposedly, denying freedoms through lockdowns and mask wearing can heighten the risk (opens a new window) of radicalisation.

Terrorism in the US

We have seen multiple incidences of political violence in the US recently, with various political, and often overlapping, motives. The assault on The Capitol (opens a new window) on 6th January 2021 demonstrated the real threat of political violence in the US. Perpetrated by President Trump supporters seeking to overturn the election result, the actors consisted of far-right white nationalists and wide-ranging conspiracy theorists, as well as those with deep anti-establishment sentiment following the Covid-19 pandemic and response.

The 2020 Christmas Day attack (opens a new window) outside an AT&T building in Nashville, Tennessee saw a homemade bomb cause massive destruction, triggering a cascade of technological failures that disrupted daily life and imperilled emergency services. Although a motive is yet to be formally established, law enforcement are investigating the bomber’s views in relation to certain conspiracy theories. While the link in this case has yet to be proven, there is a marked uptick in those who subscribe to unfounded conspiracy theories around the world. Particularly notable theories relate to 5G technology and its supposed link (opens a new window) to Covid-19 or the role it plays in weakening immunity to the virus. QAnon (opens a new window), a theory purporting that Donald Trump is waging a war against a Satanic, paedophile cult, has also seen a surge in support. This second theory inspired a gunman to open fire in a Washington D.C. Pizzeria (opens a new window) in December 2016. Both theories are totally unfounded.

The far-right movement has tapped into this space with the use of new social media platforms such as Parler. The platform has been suspended (opens a new window) by Apple and Google following the Capitol Attack due to ‘egregious content’ containing conspiracy theories, disinformation and, in the days leading up to the attack, increasingly violent rhetoric. This multi-dimensional threat shows that while people may have different motives or grievances, lockdowns have provided many with the time and the means to radicalise. Each group brings its own danger to security, and this trend is by no means consigned to the US.

Far-right extremism is on the rise in Australia, as it is elsewhere. In September 2020, the Australian Security Intelligence Organisation’s deputy director, Heather Cook, stated that (opens a new window) up to 40% of the organisation’s caseload, up from 10-15% before 2016, was related to far-right extremism. The UK’s top counter terrorism police officer, Neil Basu, echoed this worrying trend (opens a new window) in November 2020, saying that the far-right threat was the UK’s fastest growing threat, particularly among young people. He referenced lockdown isolation and online access as a “perfect storm” for radicalisation, showing how Covid-19 has contributed to potential terrorism challenges. The trend continues elsewhere in Europe, too. According to Horst Seehofer (opens a new window), the German Interior Minister speaking in October 2020, “far-right extremism is the biggest threat” facing Germany.

The emergence and proliferation of new technology requires constant security reviews around the world. The accessibility of ‘off-the-shelf’ drones has become a key advantage for perpetrators. Drones have been successfully used (opens a new window) in conflicts in both Libya and Nagorno-Karabakh. A drone was also used by the Christchurch shooter (opens a new window) for reconnaissance prior to the aforementioned attack. 3D weapons, manufactured at home, pose another growing danger. The October 2019 synagogue shooting (opens a new window) in Halle, Germany, was carried out using a homemade firearm. Although the gun jammed, the attacker still killed two people. As it becomes easier for would-be attackers to manufacture weapons at home, it will no doubt become more difficult for the authorities to identify, track and prevent them from causing harm. However, it is not just new technology that poses a danger. Coordinated terrorist attacks by sophisticated terrorist networks, like the Sri Lanka bombings (opens a new window) in April 2019, while fewer in frequency, still pose a threat. On the other hand, simple tactics, such as car attacks, have also increased in recent years. While authorities have looked to use mitigating instruments like road blocks, these unsophisticated methods pose a serious threat to the general public.

The Covid-19 pandemic has deepened societal cracks further and exacerbated the risk of terrorism and political violence more generally. The effect of the lockdowns is yet to be fully seen but the increased isolation, dissemination of propaganda (whether far-right, jihadist, conspiracy theorist or anti-government), and risk of radical recruitment poses a serious danger. Attacks by so-called ‘lone wolves’, or by sophisticated networks have occurred on multiple continents, and the tactics, methods and technology are ever-evolving. These risks are not exclusive to one country or continent, nor to one group of people owing to the myriad motives of the actors, therefore it is imperative that law enforcement, governments and businesses stay vigilant against such threats across the world.

Overall, the threat of terrorism from multiple sources remains high. The evolution of tactics and targets requires effective monitoring and constant updating of risk management strategies for governments, companies and communities worldwide. With a growing number of attacks on ‘soft’ or unprotected targets, people and organisations must continue to be on high alert. 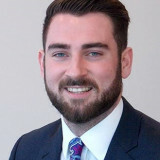