World Rugby, the international governing body, avoided a major financial hit from the 2019 World Cup held in Japan due to an event cancellation insurance policy it had purchased in advance.

Three matches were cancelled at the 2019 World Cup due to Typhoon Hagibis which struck Japan on Saturday, October 12. The typhoon was the worst storm to hit the country in decades, battering eight prefectures (opens a new window) across Japan, with wind speeds of up to 225km/h (140mph).

Saturday's game between England and France in Yokohama had to be cancelled for safety reasons (opens a new window). Around 70,000 fans were expecting to watch the match in the stadium. Tickets will need to be refunded and insurers are expected to foot a bill estimated to reach up to £5 million.

The game Italy against New Zealand was set to take place on the same day in the Toyota Stadium which can accommodate 45,000 rugby fans. Although the game was not sold out, the cost for refunding tickets could add up to around £2 million.   The match between Namibia and Canada was also cancelled on safety grounds. It was supposed to take place on Sunday in the Kamaishi stadium with a capacity of 16,000 seats.     In addition to ticket refunds, the organiser will likely need to pay back the cost associated with lost TV advertising revenues and potentially also the cost for some hospitality packages, and claim them on the insurance policy.

Tournament sponsors are unlikely to request a refund as the wider event was not affected, but overall, insurers may have to shoulder a bill of around £20 million, a sum that would otherwise have hit the organisers’ finances quite severely. Prior to the event, World Rugby Chief Executive Brett Gosper said that he expected total revenues (opens a new window) from ticket sales in Japan to reach £360 million, surpassing the £333 million accrued at England 2015. Despite the insurance policy in place, profits are now expected to come in lower than the £163 million drawn from 2015 due to additional organisational expenses and cost related to the match cancellations.

Meanwhile, the losses insurers face from the cancelled matches at the World Rugby tournament could drive market rates for event cancellation insurance higher and reduce capacity available for this risk on the market. However, underwriters may have included the higher risk that an event taking place in Japan represents in their calculations, limiting the effect on the market. Japan is highly exposed to natural catastrophes. In addition to typhoons, Japan is prone to earthquakes and tsunamis. It was the first time the World Rugby tournament took place in Japan.    Insurers offering event cancellation cover for major sports events only narrowly escaped another major loss as the Formula 1 Grand Prix race took place in Japan on the same weekend that the typhoon hit the country. While the qualifying race was postponed and is likely to have increased the organiser’s cost, the main event went ahead on Sunday.

While protection against adverse weather conditions is a popular cover with event organisers, contingency insurance offers a much wider set of options to protect costs, expenses and revenues from unforeseen events. A policy can, for example, cover the impact on your finances in case your promotional activity redeems higher than anticipated, if someone wins the jackpot, your sponsored team or athlete wins, or the celebrity you booked to promote your event cannot appear. 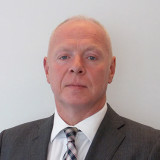