Defining the nature and scope of loss in an acquisition deal is crucial, as it ensures certainty of interpretation in the event of a claim and it clarifies the seller’s contractual obligations to the buyer. Nevertheless, a definition is reached through a process of negotiation, as the two parties simultaneously specify what to include and how to limit its scope – each to their advantage.

A deal’s loss definition is found in the Sale Purchase Agreement (SPA), which determines a target company’s price and allocates its inherent risks between the seller and the buyer. While every SPA draws on existing legal precedents and templates, each one is unique to its respective deal, which means there is no standard definition of “loss” or “damages” in relation to the representations and warranties catalogue.

Warranty and Indemnity insurance (W&I) brings the insurer into this indemnification arrangement as an interested third party. The insurance contract is an accessory to the SPA which aims to provide “back-to-back” cover, so that there is no discrepancy between the W&I risks agreed by both parties. In principle, the policy covers the same definition and scope of loss as the SPA. In practice, buyers of insurance should be aware that this is not always the case.

From an insurance perspective, the policy may deviate from the SPA on certain aspects, so it can function properly in compliance with insurance principles and in the insured’s best interests. It can disregard the limitation amounts included in the SPA, a deviation generally included in the policy’s “Disregarded Limitations Clauses”.

One such example is the SPA’s provision for a seller’s “clean exit” structure, where the warranty cap is set at 1 EUR/GBP. In this case, the policy satisfies the buyer’s need for financial protection, by disregarding this clause and providing cover for a much higher adequate amount. This is a relatively recent development in the W&I market, which deprives the insurer of the option to align their strategy of defence on the seller’s one, should a claim arise.

The definition of what is “disclosed” is also negotiable between parties, affecting a loss’s definition and scope. “Disclosed” defines what is considered to be known by the buyer/insured, and as such, cannot constitute an indemnifiable loss under the SPA and/or the W&I policy.

Often closely defined according to the English notion of “fairly disclosed”, fragmenting the definitions of “disclosed” between the two contracts can work in the buyer’s favour, potentially allowing them to obtain more from the W&I insurer under the policy that they could have obtained from the seller under the SPA.

The W&I cover enhancements mentioned above were developed in the UK market, with several being adopted and even taken further in the US market. More recently, W&I insurance developments have also taken place on continental European transactions thanks to interest and knowledge developed locally in the M&A and Private Equity markets.

Improvements like these demonstrate that the market is actively responding to investors’ evolving needs, as well as continuing to develop a product that is both relevant and effective, and ensures the best outcome for clients.

One loss, many definitions

As SPA and insurance loss definitions continue to change, mandatory application of the law to interpret the insurance contract could see more instances of claims outcomes being influenced by legal provisions. The application of these legal provisions could result in the SPA’s scope of loss being extended for the purpose of indemnification under the W&I policy, pushing it beyond what the seller had originally agreed to cover.

In Civil Code jurisdictions, statutory provisions form a stable backdrop to changeable loss definitions, interfering with and even overriding the different parties’ contractual obligations. As a result, insurers often rely on the legal definition of indemnifiable loss to define the scope of their own losses.

In French jurisdiction, the law specifically qualifies loss that can be contractually indemnified as “damage which has to be foreseeable, direct and certain” (un prejudice indemnisable doit être prévisible, direct et certain) according to article 1231-4 of the Civil Code and well-established French case law.

The definition in Spanish Civil Code and related case law is slightly broader (sections 1106 and 1107) including the effective loss suffered by the injured party (daño emergente) and loss of profit (lucro cesante) or the gain that the injured party has failed to obtain, as long as these are foreseen or could have been foreseen when the contract began, and which are a consequence of a failure to perform contractual obligations.

Finally, Dutch Civil Code broadens the definition even further in article 6:95 and seq., to cover “material loss and other disadvantages (…)” Article 6:96 expands on this with details of what constitutes a “material loss”, such as: losses that are suffered as well as missed profits, reasonable costs to prevent or limit damage (or costs to determine the nature or scope of damage), or reasonable costs to reach a settlement outside of court.

In a recent Dutch transaction, the parties to the SPA agreed to include the Civil Code definition of loss above, except that they had expressly agreed to carve out “missed profits or reasonable costs to reach a settlement outside of court”. However, the W&I insurer accepted that such carved out elements of the loss would be covered under the insurance policy to calculate the amount to be indemnified in the event of a claim.

What this means for insured buyers and sellers

The question now is whether the W&I insurance market is ready to keep pushing its own loss definitions beyond those found in the SPA, in the interests of the policyholder.

Generally, an SPA loss definition can include any “losses or damages, claims, demands, proceedings, costs and expenses that are incurred by the Target and/or the Buyer because of a breach of warranty being untrue or misleading.” Negotiations can lead to this definition becoming even broader, adding “legal and other professional fees and costs, penalties and expenses whether directly or indirectly arising from a breach or inaccuracy of any warranty.”

Some W&I insurers are prepared to mirror protection for such scope, for example accommodating and, subject to conditions, covering losses extending to first claim defence costs (costs incurred for investigating a covered breach). However, with such a broad definition in the SPA, some insurers’ loss definitions are in fact narrower, carving out certain losses under their policy definition.

Finding the right insurer for your deal is key. At Lockton we work with our clients to develop insurance policies that provide them with proven protection, while being flexible enough to anticipate the different kinds of loss that they might encounter over the course of their deal. 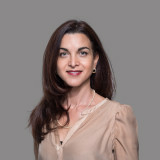