The war in Ukraine has dominated discussions in the marine market, especially the possibility of blocking and trapping claims crystalising for ships stuck in Ukrainian ports. Similarly, insurers and reinsurers are seeking clarity over losses in the aviation sector, particularly from planes trapped in Russia following the implementation of Western sanctions against the country.

Insured losses for PV are estimated at USD1bn-$2bn (opens a new window) stemming from assets in Ukraine. While it may take some time before accurate predictions can be made for political risk (PR) insurance, direct losses are likely to be below USD1bn. Underwriters may have a clearer view of losses at the end of the third or fourth quarters, but many disputes may take years to clear, particularly in the aviation sector.

Among the cases is AerCap, the world’s largest aircraft lessor, who launched a £339mn ($427mn) legal suit (opens a new window) against Russian carrier Volga-Dnepr Airlines, accusing the cargo specialist of using Western sanctions as cover to hold eight Boeing airplanes. Aviation lessors usually have both war and all risks cover, which might lead to disputes over which cover will respond. For aircraft lessors, aviation war premiums have surged by several multiples with many insurers also now excluding expropriation of planes.

In May, market leader AIG ceased underwriting the bulk of its aviation hull war book in light of the uncertainty resulting from the Russia-Ukraine conflict. Emirates, one of the world’s largest airlines, has seen its war cover renew with a 100 percent premium increase (opens a new window), according to The Insurer.

The expected losses from the Ukraine-Russia war have pulled the specialty reinsurance market into the hot seat as specialty treaties generally attach quite low. As a result, even insurers with a clean portfolio are seeing premium increases at renewal.

Losses related to the Ukraine war will be dissipated across insurance and reinsurance but concentration of risk in Lloyd’s is set to affect specialty reinsurance, insurance, and even retrocession.

For reinsurers, the focus lies primarily on “composite treaty” contracts, in which several classes including aviation war, marine war and PV are often rolled into one protection for pricing. The composite insurance market is relatively small but very much concentrated in the Lloyd’s market. There are around 20 reinsurers underwriting the so-called “composite risks” but only three leading players in this field. These are reconsidering if and how they will deal with composite risks in future. As part of the review, lead reinsurers may decide to reduce the risk aggregation created by the composite approach by breaking it up, untangling composite risks, splitting them out and pricing and structuring them separately. This will have wider repercussions throughout the value chain.

Some reinsurers are already signalling that they may no longer write composite reinsurance. Others may require different towers of reinsurance for each of the segments (aviation/marine…) while some may demand higher premium to take on the risk.

In an early sign of disruption in the market, a Lloyd’s underwriter permanently exited the PV and PR markets after previously pausing underwriting due to being unable to secure reinsurance at its April composite treaty renewal.

Reinsurers will require more granular information on their cedants’ exposure to the Ukraine event prior to renewal but their approach will also depend on individual claims experience. The losses from the war will take some time to reflect on insurers and reinsurers’ balance sheets as it will depend on the development and outcome of the war.

Nevertheless, at the next January reinsurance renewals, insurers are likely to face shrunken programmes following increased claims cost as well as bigger retentions. Consequently, insurers will need to decide how much risk they can keep on their portfolio or alternatively downsize their own underwriting capacity.

While reinsurers and insurers are looking to introduce exclusionary language into contracts in relation to Russia and Ukraine, these are likely to be reasonable and generally acceptable for clients. If reinsurance or insurance contracts include a broad definition of war this may be reviewed and narrowed. While this may leave some insurance buyers with a gap in the cover there might be alternative insurers willing to plug these gaps.

However, specialty insurance buyers may need to prepare for a more complicated renewal process as the appetite for these risks has shifted. They may want to consider taking some exposures out to reduce costs.

For insurance and reinsurance buyers in the areas affected it is advisable that they engage with their broker early and monitor the market closely. They might also want to consider cancelling their programme early to get the cover sorted before the rest of the market requests quotes for their risks and capacity gets scarce, limiting their options. 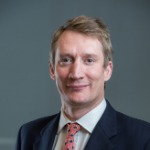