There is growing awareness among employers that addressing mental health problems makes good business sense, but the oil & gas sector may need to catch up.

While the oil and gas sector is known for its high safety standards these are generally focusing on physical health and disregarding mental health components. Although some companies are starting to shift this focus.

“The oil and gas industry may have failed to address mental health issues among staff in the past partially because it is a very male dominated industry, and men tend to find it more difficult to speak about their feelings,  and emotions,” says Eugene Farrell, Mental Health Lead at AXA.

“This needs to change if the industry wants to remain competitive in today’s job market and attract the best qualified candidates. In the past, the sector made it up with money, but for the younger generation this might no longer suffice,” Farrell notes.

Research shows that workers in the oil and gas industry suffer from anxiety and depression more frequently than the general population. Workers in this sector are under particular pressure to avoid mistakes as these can have serious consequences including the loss of lives and environmental destruction. Furthermore, offshore workers spend long periods away from family and friends which can result in isolation, loneliness, frustration and dissatisfaction with the job.

Efforts to increase efficiency in the sector following an industry downturn has further added pressure on employees as companies cut jobs and extended the period workers spend offshore. A study by the Robert Gordon University Aberdeen (opens a new window) (RGU) into the 3&3 rota offshore introduced by some firms showed that working continuously for three weeks has a negative impact upon mental health and wellbeing, causing high levels of fatigue and also affecting the life of spouses, partners and children.

A resulting friction at home can contribute to heightened stress levels and therefore impact levels of personal resilience to cope with challenging work environments when offshore, according to the study. Just over one quarter of the offshore workforce included in the study reported satisfaction with work-life balance, the study noted.

“If not addressed properly, mental health issues can turn into a safety problem in the form of depression, suicide, trauma or stress,” Farrell says. “The oil and gas sector needs to create an open culture that promotes addressing mental health issues without fear of negative consequences,” he adds.

Pressure on workers is rising further (opens a new window) due to rapidly changing skills requirements. Digitalisation, internationalisation and the transition to a lower-carbon future require new skills and the creation of new roles.

A claims analysis conducted by the Unum Group in the oil & gas extraction industry showed that mental and psychological issues were responsible for 26 percent of incapacity claims between 2014 and 2018.

While caring for employees’ wellbeing is essential for retaining and attracting new staff there is also a significant cost component attached to it. The report from the Centre for Mental Health “Mental health at work” shows that the aggregate costs to employers from mental health problems in the UK workforce came to £34.9 billion in the 2016/2017 financial year, equivalent to about £1,300 for every employee.

The business costs of mental ill health comprise £10.6 billion in sickness absence, £21.2 billion in reduced productivity when at work (“presenteeism”); and £3.1 billion in replacing staff who leave their jobs for mental health reasons.

Oil and gas firms are taking action, for example by introducing video counselling for offshore workers. The tool has been well received among staff. Others have decided to actively refer staff for help via Employee Assistance Plan (EAP). The plan provides confidential assessment, referral and short-term counselling services to employees.

“There is a whole range of tools and services available on the market which can be tailored to the specific needs of oil and gas firms,” says Carolyn McVey, Senior Account Manager Lockton Benefits.

“The selected tools need to reflect the particular needs of employees and it is essential that the firm takes appropriate steps to promote their use internally,” McVey adds.

In order to assess the suitability of the benefits programme, companies should regularly perform staff surveys and other research to build data about staff mental health, using findings to plan and deliver appropriate action.

Companies should also give employees positive reasons to disclose by establishing a culture that values authenticity and openness. This initiative should be led from the top of the organisation.

“Using videos and personalised stories can be great tools to create a more open culture. Working from the top down usually is the most effective way of establishing such a new culture,” McVey says. 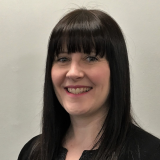