The number of mass shooting events has been soaring across the US in 2020 and into 2021, a trend that has coincided with rising gun sales.

Mass shootings, defined by the Gun Violence Archive (opens a new window) as an incident in which four or more (excluding the perpetrator) are shot or killed, reached 611 incidents in 2020; accounting for the highest number since the organisation began their records. 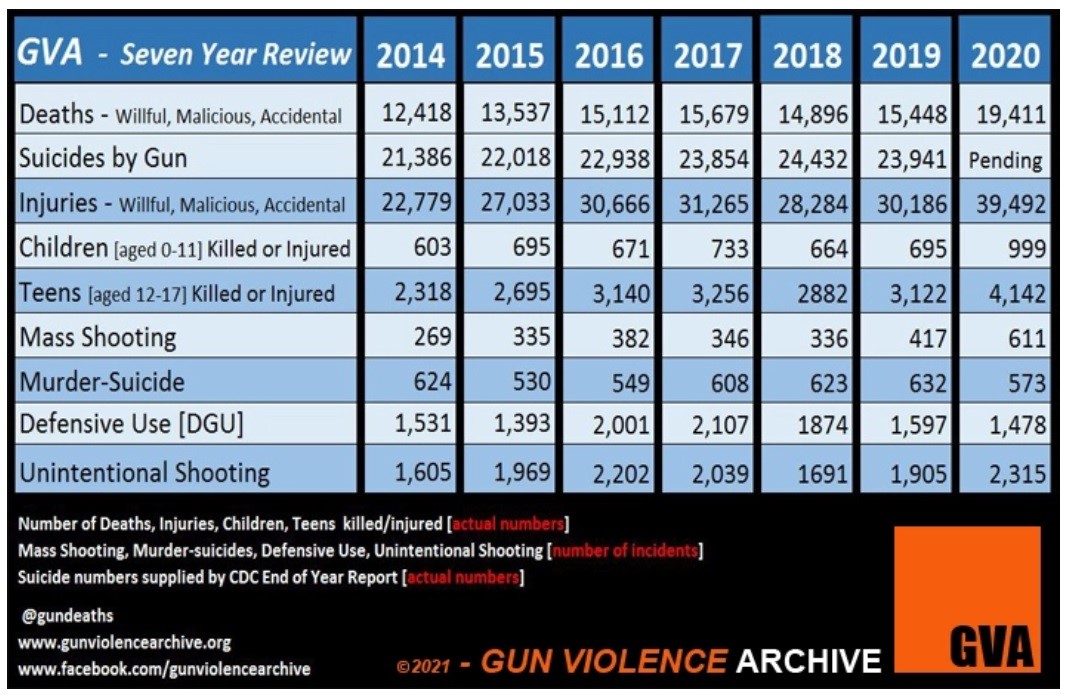 Experts see many possible reasons (opens a new window) for this uptick; all of which are in some way linked to the pandemic. These include, but are not limited to, stresses and fears of physical health, personal financial security, and xenophobia.

Following orders to stay at home at the beginning of the pandemic, and the unemployment that followed, gun sales jumped considerably. FBI background checks, initiated when someone attempts to purchase a firearm from most dealers, can serve as a proxy for sales. In 2020, the FBI conducted 39.7 million firearm background checks (opens a new window), up from 28.4 million in 2019 and a record since data began in 1998. The checks are backed by the sales figures (opens a new window), with 23 million guns purchased in 2020, a 64% increase on 2019 sales.

Unfortunately, the negative trend is continuing in 2021. FBI background checks have risen to 27.8 million between January and August, compared to 25.9 million in the same period of 2020.

Again, the background checks increase is mirrored by the number of mass shooting events in 2021. The Gun Violence Archive has recorded 464 incidents as of 31st August, already positioning this year ahead of 2020 which saw 418 incidents during the same period.

There have been several high profile incidents so far this year affecting a diverse set of business types and locations. On March 16th, a gunman killed eight people in a killing spree focused on three different Atlanta-area massage parlours (opens a new window). Six days later, on 22nd March, ten people were murdered in a Colorado supermarket (opens a new window) by a gunman wielding both a military-style semiautomatic rifle and a pistol. On 15th April, a former Fedex employee murdered eight, and injured seven, in a shooting attack on the company’s facility in Indianapolis (opens a new window).

There are many ways in which risk managers can mitigate, and prepare for, such risks, including with bespoke active shooter insurance. Using a hybrid model, this covers not only Physical Damage and Business Interruption, but also ensuing Legal Liability costs that the business may face in the aftermath. In addition, such a product can offer access to professional crisis responders and their expertise. It can also include additional extensions such as immediate medical care, public relations expenses and forensic clean up amongst other benefits to the insured.

Find out more through this link (opens a new window), or contact: