The number of containers falling overboard has dramatically increased recently, exposing shipping companies to fines and higher insurance premium. There are multiple factors driving this surge in incidents that need to be addressed.

In just two months (Nov. 30 and Jan. 31), more than 2,675 containers were lost across five separate incidents at sea, according to American Shipper (opens a new window), a trade magazine. This is almost double the annual average of 1,382 containers lost at sea each year (2008-2019), as estimated (opens a new window) by the World Shipping Council (WSC).

Overboard container incidents can result in significant financial losses to the container industry and their marine insurers, in addition to hefty fines for clean-up costs.

Most of the incidents mentioned above happened in the North Pacific region. The Maersk Essen, for example, lost 750 containers (opens a new window) on January 16 while sailing from Xiamen, China, to the Port of Los Angeles. Maersk noted that the 13,100-TEU Essen “experienced heavy seas during her North Pacific crossing.”

MSC Aries reportedly lost (opens a new window) 41 empty containers on January 29 while moving them back to China to be refilled. The ship encountered heavy weather on her route between Long Beach and Ningbo.

In one of the worst cases of cargo losses on record, the ONE Apus lost (opens a new window) 1,816 containers about 1,600 nautical miles northwest of Hawaii after reportedly sailing into a severe storm on November 30.

Taiwanese carrier Evergreen Marine’s Ever Liberal lost a reported  (opens a new window)36 containers after encountering strong winds on the Pacific about 20 nautical miles off the coast of Kyushu, Japan, on December 31. An additional 21 containers reportedly fell onto the deck.

On February 17, Maersk Eindhoven became the latest boxship casualty (opens a new window) on the Pacific. After suffering a blackout while en route to California, the ship lost hundreds of containers overboard near Japan.

Experts believe that (opens a new window) current practices for lashing and securing containers on board large containerships are no longer fit for purpose, particularly since there has been an increase in frequency and severity of bad weather on the Pacific.

During storms, containerships can be subject to violent pitching and rolling. A phenomenon known as ‘parametric rolling’ can see the ship roll 30-40 degrees, or more. Such powerful forces can easily snap lashings and locks of a 10-high container stack, resulting in losses into the sea and damage to remaining boxes, according to gCaptain (opens a new window), a maritime and offshore website.

The UK’s Marine Accident Investigation Branch (MAIB) has examined a January 2018 incident on the then UK-flagged container ship CMA CGM G Washington, which experienced a loss of 137 containers overboard and damage to a further 85 on the Pacific. On 20 January 2018, the container ship unexpectedly rolled 20 degrees starboard, paused for several seconds, then rolled 20 degrees port. The MAIB report (opens a new window) concluded that the incident was caused by “the reduced structural strength of the non-standard 53ft containers, inaccurate container weight declarations, mis-stowed containers and loose lashings.”

In the report, the MAIB recommended that, where container terminals routinely weigh containers prior to loading, the cargo plan should be updated to reflect these weights. It also recommended that rules be amended to require on-board lashing software to display maximum pitch and roll angles for the vessel’s condition.

Some experts also suggest that, due to the risks associated with dynamic stability on container vessels, including parametric rolling, new containerships should perhaps carry reduced on-board cargo volumes.

In a recent article (opens a new window), Captain Sudhir Malhotra, Marine Surveyor at the Standard Club, summarised the various factors that can contribute to container stack collapses.

Following an incident, it is the shipping company’s responsibility to take the appropriate actions to minimise any further losses. The first step after an incident will likely involve locating a suitable port where the ship can berth, where both vessel and cargo can be made safe, and potentially allow for vessel repairs. The port may not be the planned destination, potentially requiring further shipment of sound cargo.

After arrival, the shipping company needs to create and adopt a plan for the safe management and discharge of the on-board containers. Depending on the extent of container collapse, the discharge operation may be a slow exercise as conventional discharge means may not be possible. Ultimately, cargo clients may have to accept an inevitable delay in discharge. It can take several months for the cargo to become available.

Meanwhile, those who have cargo on board will have a number of questions:  •    Has my cargo been lost overboard?  If not, what condition will the cargo be in? •    When will the cargo be delivered? •    What coverage is available under the insurance programme and what does the process look like?

Lockton’s experience has been that shipping companies have been rather slow in providing details of the container stowage plans, creating a period of uncertainty. Cargo clients have typically only been contacted when their individual container has been discharged.

A typical cargo policy will provide cover for physical loss or damage. An insured can therefore reasonably expect to receive reimbursement from insurers for cargo that has been lost during the voyage. However, insurers will likely require the shipping company to confirm which containers have been lost at sea, which may take a while and will possibly require full discharge to have completed. Further, damaged cargo will likely be subject to survey and assessment of damage. A policy will also typically cover the cost of transit.

A standard cargo policy will likely exclude policyholders’ losses arising from delay. This may be of particular issue for an insured where the goods are at risk of losing their market, or otherwise be required for a time-sensitive project. Lockton’s Cargo and Logistics claims team in London works closely with a number of established cargo experts who are familiar with the handling of major casualties, and well positioned to protect interests in the cargo itself, as well as potential recourse. Lockton’s claims team will maintain a close dialogue with the cargo client throughout the process, providing the latest information, advice and assistance. Through its close relationship with insurers, Lockton can ensure that the claims process proceeds as smoothly as possible, and that the best outcome for can be achieved for the policyholder.

Container stack collapses can be avoided by taking greater care and attention during loading, securing and passage planning and when underway at sea.

Besides causing large monetary losses, stack collapses can lead to serious crew injury and damage to the vessel and the environment.

Understanding the cause of such collapses is key to prevent them from occurring again and to appreciate who is liable for the incident.

As container ships have become larger, beamier and thus stiffer, the only significant enhancement in deck lashing and securing systems has been the provision of lashing bridges. While larger container ships provide commercial advantage to shipowners, these are often being staffed with fewer and fewer crewmembers. Given the highly commercial and systems-driven nature of the container trade, crewmembers might sometimes think their role is reduced to that of passive bystanders. This must not be allowed to happen: they must always be able to react quickly and make the correct decisions.

Crewmembers need to be mindful at all times of all the factors that could contribute to a container stack collapse. Indeed, proper training for crewmembers could enhance their nuanced understanding and therefore enhance situational awareness on board container vessels. A proper understanding of the loading and lashing software and its limitations will go a long way to preventing such losses from occurring. Similarly, a thorough understanding of the trim and stability booklet and the cargo securing manual, and the limitations stipulated within them, must be considered and strictly adhered to by ships’ crews and officers.

However, they need to bear in mind that while the cargo securing manual may only state one permissible GM value, this might not account for different wind exposures or consider if high cube containers (2.9 m high) are being loaded. There are many variables and officers and crew need to appreciate the limitations of the cargo-securing manual and interpret its content. A correct stow requires innovative planning both ashore and on board. While approved software and advanced programmes can be used, it is ultimately the crewmembers and cargo planners who need to make their own considered and informed decisions on loading.

Crewmembers must also not let commercial pressure dictate their actions; a sharp eye on cargo operations should be kept at all times to ensure that errors are prevented. Damaged, leaking and overweight containers must be spotted and rejected from being loaded on board.

Similarly, a sharp eye should be kept on the condition of the lashing and securing gear on board, which should be regularly evaluated for damage and deterioration in quality, and should be removed and replaced as necessary. While at sea, regular checks and tightening of the lashing gear, including turnbuckles and associated check nuts, will help keep the containers safely stowed.

Finally, since heavy weather is always a causal factor for stack collapses, a sound and well considered passage plan, an understanding of the dynamic forces affecting the vessel, and proactive and effective weather routing for container vessels will go a long way to preventing such incidents from occurring in the future. 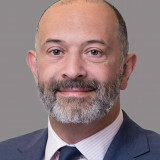