The causes of recalls are evolving all the time – in response to broader social, economic, regulatory and cultural factors.

Set out below are some recent trends in product recalls that we anticipate continuing or growing in 2018. While focusing primarily on the automotive and food and beverage industries in the UK and US, they also incorporate other sectors and regions.

Non-safety recalls might involve the use of child or slave labour during production, labelling issues, food fraud and religious or ethical considerations, such as halal or vegan food. When consumer expectations in such areas are not met, companies will increasingly feel obliged to recall products in order to protect their reputations.

Being seen to do the right thing may become even more important for businesses in future.

The ubiquitous use of social media, and many younger consumers’ particular concern for ethical business practices (opens a new window), mean that being seen to do the right thing may become even more important for businesses in future.

As well as amplifying the concerns and reputational risks arising from actual recalls, social media can quickly spread false or fraudulent information that can damage a company’s brand.

Social media can feed the sense that similar products might have the same or similar problem.

Social media can feed the sense that, in the event of a recall, similar products might have the same or similar problem. With fake news becoming a real threat  (opens a new window)to more businesses, increasingly it may not just be the companies that recall products that are affected afterwards.

In the UK, meanwhile, bacterial contaminations have been the second most common cause of food and beverage (F&B) recalls since 2012. Salmonella was responsible for 14% of F&B recalls since 2012, while Listeria (opens a new window) caused 10% of such recalls.

Environmental contamination has also triggered several large recent recalls, as chemicals and plastics used in industry and agriculture have found their way into food. In August 2017, insecticide found in Dutch eggs triggered a massive recall of egg products  (opens a new window)in various European countries and beyond.

Lockton research (opens a new window) found that 32% of manufacturers said they cannot offer assurance that the raw ingredients used in their products really are as advertised. This is due to complexities or a lack of information in their wider supply chain.

A third of manufacturers cannot guarantee that raw ingredients used in their products really are as advertised.

More generally, tougher trading conditions are leading to some companies sourcing cheaper suppliers or cutting back on experienced personnel. With Brexit tipped by some to place further pressure on UK manufacturers (opens a new window), this trend could increase further.

In the UK the 2013 horse meat scandal continues to cast a shadow over the food and beverage industry, and similar issues have been seen with organic foods, religious foods and milk powder. And for some, food fraud is big business, with organised crime groups mixing foods (honey and olive being easy targets (opens a new window)) with cheaper ingredients or selling inferior products as genuine.

5. Product recalls in China and Asia

Products from Asia continue to account for a disproportionate number of recalls in Europe and the US. This is largely due to the eastwards shift in global supply chains and historically weaker product quality controls in some Asian countries.

Chinese goods accounted for 23% of all goods in the US in 2014, but represented 51% of all product safety recalls, according to the US-China Economic and Security Review Commission (opens a new window). China also accounted for 62% of the product safety alerts issued by the European Union in 2015.

However, product safety regulation and consumer expectations are rising in many parts of Asia, and Government-led recalls are becoming more common – particularly in China. As a result, Asian companies are now starting to buy product recall insurance even for distribution within home markets.

Many manufacturers are sourcing components, ingredients and raw materials from fewer suppliers. A single recall can consequently have a greater ripple effect – causing reputational damage and large financial losses to many more manufacturers and brands than previously might have been expected.

Almost 500,000 pacemakers were recalled in the US in order to address cyber security concerns.

The food and automotive sectors, in particular, have recently experienced many ripples from large product recalls. In 2016, a recall of sunflower seeds  (opens a new window)due to possible listeria contamination affected hundreds of products across dozens of brands.

And in 2015, a recall of cumin spice  (opens a new window)affected 14 companies, 100 brands and 153 individual products. Meanwhile, the recall involving Japanese airbag manufacturer (opens a new window) Takata was the largest ever to hit the US automotive industry – reportedly resulting in some 60 to 70 million vehicles recalled worldwide, across at least 19 car makers.

The US Department of Homeland Security recently warned that syringe pumps used in hospitals around the world might have had flaws that hackers could exploit (opens a new window) to change the dosages delivered to patients. And in August 2017 almost 500,000 pacemakers were recalled (opens a new window) in the US in order to address cyber security concerns.

With technology likely to play an ever greater role in manufacturing, such risks are likely to increase. Hackers could potentially change or contaminate a product during its manufacture by controlling machinery or changing processes.

The widespread introduction of autonomous driving could see a shift in liability from individuals to product manufacturers, which could result in an increase in recall risk. 3D printing – already used to manufacture products ranging from aircraft parts to pharmaceuticals – could also change recall exposures. 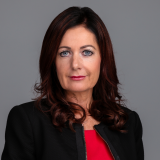