While it is still not possible to predict the exact date, location and magnitude of seismic events there are plenty of opportunities to make society more resilient against this catastrophic threat.

On June 22, 2021, Peru experienced an earthquake of magnitude 6.0 on the Richter scale. Despite its strength and the fact that it was followed by several aftershocks, it only caused limited damage and no deaths or serious injuries.

Peruvians were lucky that the epicentre was off the coast of Mala and not closer to the capital Lima with its 11 million inhabitants and many self-built constructions unlikely to withstand strong earthquakes. Only a few weeks later, on July 30, Peru experienced an earthquake of magnitude 6.1 (opens a new window) on the Richter scale near Sullana, on the northern coast of Peru with dozens injured, some material damage but thankfully no deaths.

Peru and Lima are highly vulnerable to earthquakes. The Andes mountain range is the youngest globally and subject to continuous transformation, driven by the collision of plates, which is the trigger for earthquakes. A large tectonic deformation is accumulating off the coast of Peru that can give rise to a seismic movement exceeding the magnitude of 8.5. If such an earthquake occurred next to the metropolitan area of Lima and Callao, constructions in Lima would need to resist a tremor that could last five minutes.

The 2015-2025 City Risk Index produced by Lloyd's indicates that the Peruvian capital is the city with the highest risk of damage worldwide in case an earthquake of between 8.5 and 8.8 degrees occurs. Economic losses in Lima could reach US$35,530 million (opens a new window) without including the risk of a tsunami, according to the report. 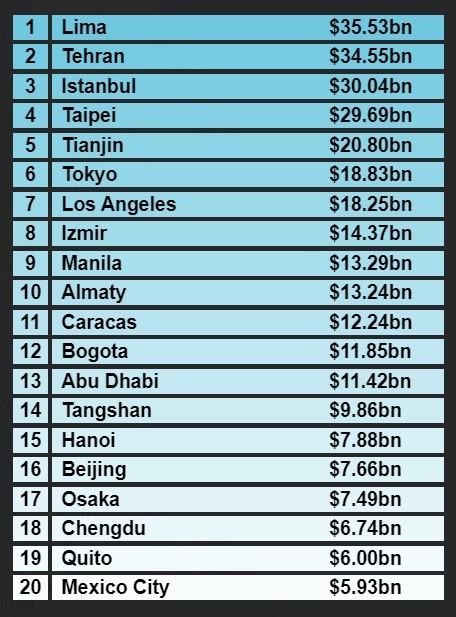 The destruction and number of fatalities an earthquake causes depends not only on the earthquake parameters themselves (magnitude, distance, duration) and the local soil conditions, but also on the quality of the affected buildings and the governments’ catastrophe response plans.

In January 2010, a quake measuring 7.0 in Port-au-Prince, Haiti left a death toll ranging from around 100,000 to more than 300,000 people. A month later, the Maulé earthquake struck near Santiago, Chile. Despite a magnitude of 8.8 on the Richter scale, it caused much fewer fatalities with 525 deaths. Chile had protected the population through a combination of monitoring, early warning systems and, critically, strong building codes.

The economic consequences of earthquakes also differ depending on insurance penetration, the governments’ financial strength and protection. While Haiti was still rebuilding broken infrastructure eight years after the event, Chile was able to recover much more quickly in part due to reinsurance payouts.

Stronger earthquakes frequently cause knock-on effects with high loss potentials. These include seismic sea waves (tsunamis), such as those that caused a devastation in the Sumatra quake of 2004 or in the Japan quake of 2011. The Fukushima nuclear disaster of 2011 in Japan was triggered by a tsunami following an earthquake — With 210 US$ bn it has been the costliest natural catastrophe of all time, according to Munich Re (opens a new window). Earthquakes can also cause landslides, subsidence and ground liquefaction, which can produce extremely high losses.

Regions most at risk

Although earthquakes continue to kill thousands and devastate local economies, governments have the ability to reduce their impacts markedly.

Governments can implement and enforce national building codes that stipulate engineering design features to protect buildings against earthquakes. Such earthquake-related regulations can save lives by ensuring a high level of structural stability. A new generation of building codes introduced in the US, Japan and New Zealand, can not only protect against fatalities but also aims to reduce property damage.

Sophisticated new technology can make buildings withstand earthquakes. Base isolators are like shock absorbers between the building and the ground motion, letting a building slide back and forth while remaining upright during a quake. This significantly reduces the movement of buildings.

Construction plans should also include the selection of appropriate sites to avoid highly exposed areas. Alternatively, the building structure needs to be adjusted to the specific risk level. Buildings that do not comply with stricter regulation will need to be retrofitted or rebuilt. The implementation of a culture of prevention is essential for lowering the risk of disasters. Investing in risk reduction can also improve the insurability of buildings.

Recommendations: Develop a culture of prevention through:

Protecting against the residual risk

Earthquake insurance is usually offered as a supplement to traditional fire insurance cover or as a component of a policy extension. Such protection includes deductibles to limit insurers’ indemnity and loss accumulation.

The penetration rate of earthquake insurance worldwide is rather low, particularly in poorer countries, leaving the majority of the population vulnerable to the financial impact of quakes and reducing the speed of reconstruction.

Earthquake coverage can be included via the following insurance plans:

The infrequency of major earthquakes and the high cost of insurance in high-risk zones have often made it difficult to encourage sufficient demand for insurance. Further, traditional insurance solutions often include a potentially lengthy claims settlement process, which can create cash flow problems for property owners, companies and organisations.

New parametric insurance solutions designed for seismic events can offer more transparency and automated, immediate payments. Such protection can be customised via pre-define triggers and payout amounts per location or defined area. Payouts are triggered automatically when a specified quake intensity is exceeded at a certain location. Pre-agreed independent third parties provide the data needed to trigger the cover. Parametric products typically do not include a deductible.

Because the insurability of earthquake losses faces a number of challenges, some governments have established public earthquake (re)insurance arrangements to support broader insurance coverage, in particular among households. Nevertheless, a high-level of underinsurance of earthquake risk remains in most parts of the world. This financial protection gap for earthquake risk leaves households and businesses – and ultimately governments – vulnerable to losses stemming from earthquakes.

In the aftermath of an earthquake, it is important to leverage opportunities to “build back better”. Governments should also take advantage of continually improving quality and availability of seismic maps and earthquake models to more accurately identify potentially active fault lines. When actively managing the earthquake risk, governments can support insurability and reduce the costs for emergency response and recovery, repair of public assets and any financial assistance or compensation provided to those affected. Such costs can have a material impact on public finances.

Government involvement is key in supporting the insurability of earthquake risk. 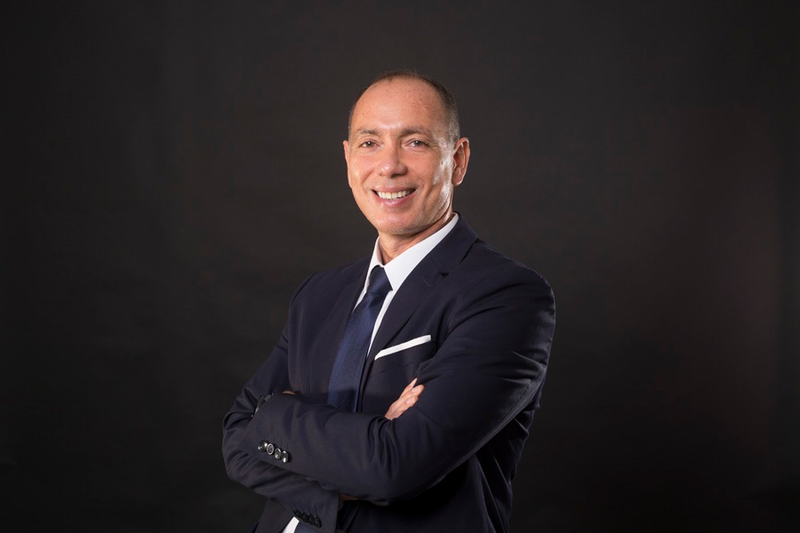