Litigation privilege court ruling: what it could mean for internal investigations

Clarity has been brought to exactly how litigation privilege applies to internal investigations. The Court of Appeal recently ruled that documents prepared by a company during an internal probe were protected, and that the Serious Fraud Office (opens a new window) (SFO) would not be able to compel their disclosure and review them as part of its investigation.

It will remain for a company to decide whether it is prepared to waive privilege.

The ruling – which overturned an earlier High Court judgment (opens a new window) – is significant for any company faced with undertaking an internal investigation in response to a whistleblower or other allegations of wrongdoing.

Following this ruling, it will remain for the company to decide whether, and to what extent, it is prepared to waive privilege, so long as it follows the correct steps in invoking ‘litigation privilege’.

Many companies used to presume that documents produced in the course of their own investigations were subject to ‘litigation privilege’ – meaning they could decline to share them with third parties, specifically enforcement bodies.

A landmark High Court ruling in 2017 (opens a new window) indicated this would not necessarily be the case. The ruling raised the possibility that documents produced in the course of internal investigations may be disclosable to the police and regulatory bodies.

The SFO had requested that a company (Eurasian Natural Resources Corporation) provide it with certain documents that the company’s solicitors generated during an investigation of the company’s activities and those of its subsidiaries.

The company declined on the basis that the documents were privileged. During a High Court judgment (opens a new window) in May 2017, almost all of the company’s claims to privilege were rejected. Essentially the court found that the documents had not been created in “contemplation of litigation” but in respect of an investigation (that may or may not have led to a criminal prosecution, as opposed to civil litigation).

The High Court ruling had indicated that (in the context of workplace fraud, bribery, slavery, manslaughter, health and safety, environmental and other such investigations) the police, Health and Safety Executive (opens a new window), Environment Agency or other regulatory bodies could compel production of investigatory documents.

However, the Court of Appeal overturned that decision on 5 September, ruling that documents prepared by ENRC during the internal probe were protected. This means the SFO will not be able to review them as part of its investigation.

Documents prepared for the purpose of settling or avoiding contemplated proceedings are protected by privilege.

With regards to the applicability of litigation privilege and legal advice privilege to internal corporate investigations, the Court of Appeal made the following key findings:

The Court of Appeal’s ruling left open a broader issue of who, within a large organisation, is authorised to deal confidentially with a law firm. This issue dates back to the 2004 Three Rivers case (opens a new window), and who specifically in a company constitutes the “client” and can therefore be protected by privilege.

The Court of Appeal articulated its strong (but non-binding) view that the definition of the “client” for the purpose of legal advice privilege should be expanded to include all employees of a company that engage with its legal advisers as part of an investigation. The Court of Appeal noted, however, that only the Supreme Court could reconsider the current law in this regard.

Despite the clarity provided by this judgment, lawyers working in-house, who are increasingly seen as providing business as well as legal advice, must determine clearly whether their advice is legal or business-oriented.

Please note that the purpose of this article is to provide a summary of and our thoughts on the Court of Appeal ruling referred to above. It does not contain a full analysis of the law nor does it constitute a legal opinion or advice on the law discussed. The contents of this article should not be relied upon, and you must take specific legal advice on any matter that relates to this. We do not accept responsibility for loss occasioned to any person acting or refraining from acting as a result of the material contained in this article. No part of this article may be used, reproduced, stored in a retrieval system, or transmitted in any form or by any means, electronic, mechanical, photocopying, reading or otherwise without the prior permission of the authors. 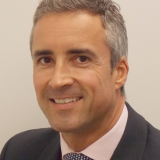