Green roofs and walls have many benefits although they can potentially increase the risk of fire and water ingress for buildings. Insurers do ask additional questions when developments include such features, however simple precautions and an adequate risk assessment can avoid any potential issues.

The advantages of green roofs and walls are manifold: They can help reduce energy use, CO2 emissions, as well as storm water run-off both in velocity and volumes. Further, they can increase the cooling effect, biodiversity as well as the value of the property.

Developers should therefore carefully consider and manage some risk factors during design, construction and post-construction to mitigate the risk of potential claims under the construction, latent defect or property insurance policies that might be in place.

Whilst there is no guidance under the UK’s Joint Code of Practice in respect of green roofs or walls, particular attention needs to be paid around the potential sources of ignition during construction. Those responsible for issuing hot work permits should be aware of the locations and potential combustibility of the green areas so to try and avoid hot works taking place in close proximity. Developers should make sure measures are in place to avoid temporary electrics resting near or against these areas. Roofs are often a popular place for workers to illicitly smoke and therefore if a green roof has already been installed, developers should restrict access to the roof to all but essential workers and ensure a strict no smoking policy.

Good fire risk management is essential not only to reduce the potential risk of damage to the works/property but also the third party liability risk to surrounding property and injury to individuals within the building vicinity.

Moisture penetration can also be a cause of claims due to a number of factors such as the roots of plants penetrating the waterproof membrane. Another cause is poor detailing/design at junctions, penetrations and edges. Recommendations:

As the green roof assembly is complex, establishing the source of a leak and repairing it can often be a challenging process. It is recommended that green roof installers perform flood tests immediately after installation to check for leaks. Additionally, electronic leak detectors can be used. Before remote testing can be attempted (including other forms such as thermal imaging or radio frequency) the plants and growing medium may have to be removed. Sometimes the easiest solution (albeit a costly one) may be to re-roof from scratch.

The additional loadings to the building structure also need to be factored into the design. Green roofs are heavier compared to a conventional structure not only due the makeup of the greenery itself such as the material and vegetation, additionally due to the added water from the irrigation system and the extra water retention capacity during poor weather conditions. Therefore, particular architectural consideration needs to be given when retrofitting green roofs on existing properties and professional advice be sought accordingly. 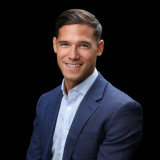