Management can lead the charge to change unconscious bias

Hayley Barnard is the CEO of MIX Diversity Development (opens a new window), specialists in diversity and inclusion consultancy, training and e-learning. She hosted a seminar about unconscious bias during the Lockton Benefits Forum on Friday, June 10, 2022.

It’s well known that organisations are making greater efforts to become more diverse in their employee makeup. However, with 70% of UK people saying that they have been discriminated against in the workplace or when applying for a new job, it appears that much is still to do to change the culture of the corporate world. While organisation-wide initiatives to be more inclusive demonstrate conscious efforts to affect change, the unconscious biases that run throughout all people – including boards and management – can play a damaging role in creating a diverse workspace. It is imperative that leaders are equipped with an understanding of, and tools to mitigate, bias - leaders and influencers within the business hold the key to driving true change.

‘Unconscious bias’ is the term used for how our subconscious mind sways our opinions and treatment of people. Factors including past experiences, upbring, education, social commentaries, and others all shape our unconscious bias.

For example, people often surround themselves with others who agree with their opinions, are of similar age, gender, race, or from a similar background. This isn’t inherently ‘bad’ – it is natural to gravitate towards those who are like us. However, it is important to stop and consider the assumptions that we make, particularly about those who are not like us. It may be that we have unconscious bias against certain groups. Fortunately, just as unconscious bias is a learnt behaviour, it can also be unlearned.

Unfortunately, this example really happened. Of course, when the meeting began, and the director in question saw that he had mistaken a board member for catering staff, he may have been embarrassed and apologised.

What I want to focus on is the question: what was going through the director’s mind when he made the mistake?

Unconscious bias presents itself as a knee-jerk reaction - we rely on our past experiences to shape our reactions today. Let’s say that the gentleman in question had only experienced all-male boards before: these experiences led him to assume the woman he saw in front of him was more likely to be catering staff than a peer. We could speculate that he had an unconscious bias about the roles that men and women play in business.

Gender and racial bias are incredibly harmful, though they are not the only ways our unconscious bias presents itself. We should also be aware of:

These unconscious biases all have one common thread – they ultimately stifle diversity of voice and experience in the positions of influence that can affect change.

Changing unconscious bias is not easy, but there are tools

When seeking to create an increasingly open and diverse work environment, there are some simple tools to help make difficult changes. These include:

These tools can prove effective for changing the landscape for employees already in the business. However, unconscious bias is also prevalent in recruitment and talent attraction. Accordingly it is important to identify ways to change how the company looks for prospective candidates. These include:

Unconscious biases are a natural part of the human mind but just as we learn them, we can unlearn them too. 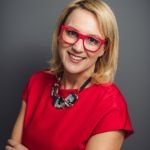