In general, publicly listed companies purchase Directors and Officers Liability Insurance (“D&O insurance”) to protect company directors and senior management from risk of legal proceedings or regulatory investigations, and most D&O policies can also extend the coverage to the company itself for securities claim. Even for legally groundless allegations, directors and officers would still need to defend these claims and incur expensive bills. D&O insurance would primarily pay for these “bills” including defense costs, legal fees, damages, settlement or judgment arising from the legal proceedings or regulatory investigations.

A standard SPAC has a life cycle of 18 to 36 months with the following three stages:

Should a SPAC fail to conclude the de-SPAC transaction within the time limit, the SPAC would be dissolved and delisted with IPO amounts refunded to the public stockholders.

Given the uniqueness of SPACs, D&O insurance will not only provide the coverage during SPAC’s life cycle, but also offer 3 to 6 years extended reporting period (i.e., run-off cover or tail cover) beyond its life cycle for both outcomes. The extended reporting period should satisfy the limitation of civil actions in the country of incorporation or listing of the SPAC. Hence, even when the SPAC shell no longer exists, D&O insurance will continue to provide the coverage for legal proceedings or regulatory investigations against directors or officers arising out of activities during the SPAC life cycle.

In addition, SPAC is not able to use IPO proceedings to indemnify directors or officers against legal proceedings or regulatory proceedings, and given it is a “blank cheque company” SPAC itself does not have other assets. As a result, D&O insurance is more important to SPAC directors and officers than those of traditional companies, even though SPAC sponsor agrees to indemnify them in writing.

Similar to SPAC investors, D&O insurers also do not know the future de-SPAC target during the underwriting process, hence they have to focus on underwriting SPAC sponsors, for example their professional reputation, M&A experience, investment track record, and etc. D&O insurance terms will also be more favorable, should the sponsors have advanced experience or background in new technologies or emerging industries like FinTech, AI, Web3. On the other hand, although HKEx requires at least one SPAC sponsor who must be a firm with SFC license for asset management (Type 9) or corporate finance advisory (Type 6) activities. This makes Hong Kong less attractive than the U.S., the U.K or Singapore for SPAC offering. The result of this with a higher bar for HK SPACs should results in more attractive pricing from D&O insurers.

In terms of M&A litigation exposures, Twitter shareholders have recently filed a class action complaint against Elon Musk over chaotic Twitter acquisition. Prior to this, Musk was already sued in 2021 by Tesla shareholders for US$13 billion damages over Tesla’s SolarCity acquisition in 2006, but after trial Musk was found not liable for breach of fiduciary duty and thus won the lawsuit. Although both Twitter and SolarCity are publicly listed companies, which differ from de-SPAC transaction whose targets are private companies, one of the primary reasons that trigger D&O claims is M&A activities with allegations include inadequate disclosure over the target company, breach of fiduciary duty, conflict of interest, insider trading etc.

First SPAC Case at the Delaware Court of Chancery

Churchill Capital Corp III (Churchill) was a SPAC that completed an IPO offering in February 2020. Five months later, Churchill reached a merger agreement with MultiPlan, a healthcare industry-focused provider of data analytics and cost management solution. Churchill issued a definitive proxy statement in September 2020 to seek shareholder approval of the merger, and also disclosed the financial and business information of MultiPlan. Given less than 10% of Churchill’s public shareholders opted to exercise the redemption rights, and the merger was overwhelmingly approved by the majority of public shareholders.

However, the proxy statement did not disclose that MultiPlan’s largest customer was forming an in-house data analytics platform and plans to move key financial data from MultiPlan platform to in-house platform by the end of 2022, which meant MultiPlan would lose 35% of its revenues by then. The news was published by an equity research firm in November 2022, which led to a fall in the share price. MultiPlan’s shareholder, i.e., shareholder of former Churchill filed a class action complaint alleging breaches of fiduciary duty against Churchill’s directors, CFO and controlling shareholder. This is the first case from the well-respected Delaware Court of Chancery applying traditional fiduciary duty principles for a de-SPAC case.

In January this year, the Court of Chancery granted the dismissal motion to Churchill’s CFO but denied other defendant’s motion to dismiss. During the pleading, the court concluded that although a standard SPAC structure would trigger “entire fairness standard of review” due to inherent conflicts between the SPAC’s sponsors and public shareholders, a standard SPAC structure itself does not hold controlling shareholders against breach of fiduciary duties. The Court further held that the obligation to disclose all material information about the de-SPAC arise from director’s fiduciary duty, which would impact public shareholders’ decision over redemption of their shares. Vice Chancellor Will expressly noted that direct harm presented in this case concerns the impairment of stockholder redemption rights. Should public stockholders, in position of all material information about the target, had chose to invest rather than redeem, one can imagine a different outcome. As for the CFO, since the plaintiff was unable to explain his role in the information disclosure, nor to present other facts for breach of fiduciary duties, motion to dismiss was thus granted in full.

This presents a typical D&O claim.

How to Avoid Potential Risk

D&O insurance is only able to provide economic aid to directors and officers from financial perspective. To avoid potential ligation or investigation risks, SPAC sponsors and directors can implement the following practices: 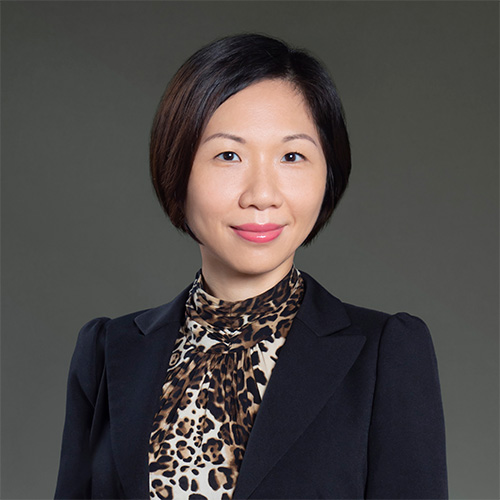