Product recalls can become quite expensive, and smaller businesses may struggle more than larger ones to absorb the cost.

Bigger corporations need to act quickly to maintain customer loyalty and shareholder confidence after a product recall, but many small companies are forced to declare bankruptcy as a result of the financial and reputational impact.

Companies need to go through a complex and laborious process when the decision is taken to recall a product. Following the current product safety regime (opens a new window) in the UK, the manufacturer must inform consumers who have purchased the product about the risk the product poses and the fact of the recall, arrange for the collection, return of the product or for its disposal.

The recall process must be supported by the distribution chain to ensure that it quickly reaches as many customers as possible. A producer can face criminal sanctions if they do not undertake appropriate actions.

Bills can quickly add up. After a food product importer and supplier to supermarket chains in the UK realised that a product contained allergens not listed on the packaging it filed a claim in excess of £400,000 to its insurer (opens a new window). The cost included removing the product from supermarket shelves and third party warehousing, an advertising campaign notifying the public of the defective product, destroying the affected product recovered, replacing the defective batch with correctly labelled products, as well as the loss of profits incurred by the policyholder.

In a separate case, a manufacturer of “ready” meals supplied to supermarkets had a defective vacuum seal resulting in the growth of mildew and other contaminants within the product. More than 300,000 units had to be recalled and destroyed, triggering a claim in excess of £1 million.

Product recalls are becoming more frequent in the food and beverage sector in Europe driven by new legislation on the labelling of food allergens, but overall, the automotive/industrial supplier sector tops the ranking of product recall insurance claims, both by numbers as well as value of insurance claims, according to commercial insurer AGCS (opens a new window).

Defective household goods such as dishwashers and washing machines are also a common cause of product recalls, with fire risk the major threat.

Home appliance manufacturer Whirlpool revealed (opens a new window) in 2015 that millions of tumble dryers were potentially dangerous and may have caused a series of blazes. Despite identifying 65,000 fire-prone products, four years after the issue emerged hundreds of thousands of potentially dangerous tumble dryers remain in UK homes. The machines were blamed for at least 750 fires over an 11-year period, according to the UK government.

The biggest single cost of a product recall event is typically the loss of sales and business interruption, both from the recall itself and reputational damage, according to AGCS ― costs that are not covered by a general liability policy.

While large, multinational companies are more likely to have appropriate insurance policies in place or may be able to absorb potential product recall cost in other ways, for smaller businesses a product recall case can result in the firm’s failure.

In September, Nottinghamshire-based popcorn manufacturer Thomas Tucker entered administration (opens a new window) after recalling several brands and flavours of snacks and sweets because they may have contained milk without mention on the label. This meant the products were a possible health risk for anyone with an allergy, according to the Food Standards Agency. Insolvency specialist Mazars said the product recall led to "significant losses" for Thomas Tucker, which may now be sold as a going concern.

The Good Food Chain, a supplier of sandwiches and salads linked to a listeria outbreak in UK hospitals has also decided to cease production (opens a new window).

In some cases, a product recall can also cause the failure of large companies. Japanese airbag manufacturer Takata, for example, was hit by the ‘world’s largest auto safety recall (opens a new window)’ including a number of lawsuits, consequently filing for bankruptcy in the US and in Japan in June 2017. Faulty air bag inflators were linked to the deaths of at least 16 people and resulted in the recall of about 1.7 million vehicles.

Product recall insurance policies can cover premises and product rectification costs such as cleaning and recalibrating of buildings/equipment or product replacement, loss of future sales as products remain unavailable for purchase, ancillary costs such as investigation, storage or transport, as well as comprehensive brand and reputation protection with support before, during and after an event, including costs for advertising and promotional activity.

The Lockton product recall broking team can enable you to pre-empt sector-specific risks and prepare for a complex claims process by, for example, helping prepare your accounting data in a format that can show you’ve suffered a financial loss. Lockton can also review contracts from your clients to make sure your insurance policy covers your obligations to them. 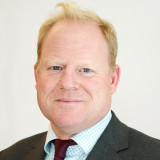