Wind turbines have become more efficient through innovation in design and technology, but an increase in the size of blades has attracted attention from insurers because of high claims costs due to lightning strikes.

While wind turbines have been used as a source of energy for centuries, they have been gaining in popularity since governments worldwide agreed on reducing CO2 emissions and due to rising concerns around energy supply security. Harnessing innovative new technologies and design techniques has been essential to reduce construction costs and to shorten project timelines. This has made the wind power industry more sustainable, lean and profitable.

Current wind turbine designs are now unrecognisable from their historical equivalent. Less than a decade ago a large wind turbine blade would be 45 meters long. Now, the blades of General Electric’s 14MW offshore wind turbine, the Haliade-X, are 107 meters long and reach 260 meters at their vertical axis.

As wind turbines keep increasing in size, the likelihood of being hit by lightning grows due to their elevation from ground level and the relative lack of taller, more conductive structures in the vicinity. This has resulted in the insurance market experiencing considerable lightning losses in recent years. Loss adjusting firm Global Risk Solutions has calculated that lightning damage accounts for 60% of operational blade losses (opens a new window) and almost 20% of operational wind losses overall.

To reduce the weight and increase the fatigue life of large wind turbine blades, traditionally used materials such as steel or aluminium have been almost completely replaced by composite materials during the past decade. Carbon fibre is now widely used alongside a resin such as polyester and epoxy, which has good breaking and elasticity characteristics, with stiffness not far from steel. However, modern blades require special lightning considerations because the material properties are similar to a semiconductor, creating issues with lightning attachment and flashovers on the surface of the blade. Without in-built lightning protection, the blades would be unable to quickly dissipate the huge and sudden energy released by lightning strikes which can result in catastrophic damage.

The standards for Lightning Protection System (LPS) design are outlined in IEC 61400-24, which was first published in 2010. These standards recommended three types of LPS designs:

Each of these methods is designed to provide a designated safe passage for the lightning strike through or along the blade to earth, minimising the high level of voltages impacting the blade and therefore reducing the possibility of damage being sustained.

According to the IEC standard, the lightning protection levels (LPLs) of the design have been set in accordance with the probability of minimum and maximum expected lightning currents, with the range varying from I to IV. LPL 1 represents the highest expected current level and recommended that the LPS be able to manage a peak current of 200kA, specific energy content of 10,000kJ/Ohm, an average rate of current rise of 200kA/Jus and a total charge transfer of 300C. The second edition of IEC 61400-24 was released in 2019 and recommends that every component should be designed for LPL1.

Although significant investment has been made into the design of lightning protection systems, there are a vast number of wind turbine generators (WTGs) in the onshore market that were designed before these new IEC standards were adopted. Furthermore, adoption of the standards has been inconsistent across OEMs.

Manufacturers in almost all cases will describe a lightning strike as a ‘Force Majeure’ event, which means that when damage is sustained to the project, the owner (and more specifically their insurers) bears the responsibility for picking up the bill. However, with the cost of replacing a single blade on some of the larger onshore wind turbines exceeding $750K, pressure is being applied by the insurance market on lightning deductibles which have to be paid by the project owners.

Unsurprisingly, this has led to an increase in scrutiny into the LPS efficacy when developers consider which turbines to use for a particular project. The insurance industry is in a unique position because loss adjusters, insurers and brokers can gather data from lightning losses across every wind turbine OEM, not just a single manufacturer. This allows for patterns of losses to be recognised on a particular turbine model with a specific LPS design.

If the LPS is defective, there is a reduction in the ability to transfer the lightning away from the main body of the blade, thus reducing the likelihood of lightning traveling through it safely to earth. Whilst all LPS designs have an upper limit in the protection they can provide from the strongest of lightning strikes, a design or construction defect can lead to catastrophic damage occurring following a flashover event, even from much less powerful strikes that are within the design parameters of the LPS.

In recent years, insurers have incurred considerable lightning losses in cases where the LPS design has been ineffective. This led to insurers taking the position that lightning damage to blades with these ineffective LPS designs was no longer unforeseeable and therefore not insurable. The knock-on effect of this was that many project owners became exposed by the sudden gap in cover when it came to renewing their insurance policy.

Following mounting pressure from owners, insurers, brokers and growing publicity of these LPS design issues, OEM’s have begun to implement LPS retrofits. However, retrofits present secondary challenges because blade modifications significantly affect attachment points and lightning paths, potentially rendering original lightning protection systems less effective. Further, OEMs cannot be certain how retrofits will perform against lightning. Whilst there isn’t currently enough available data to judge whether they have been a success, the insurance market has been engaging with the OEMs in a more transparent way to help build their confidence in the design.

Ultimately, insurers play a vital role in the chain and without their support for a particular wind turbine, the equipment becomes un-bankable.

Lockton’s team of specialist renewable energy risk managers have experience in working with project owners to push back on OEMs where there are known problems. We work closely with insurers and loss adjusters to keep up with industry trends, allowing us to provide our clients with unparalleled market insight.

It goes without saying that the risk lightning poses to wind turbines can never be fully removed, which is why this risk needs to be managed with the guidance of a specialist insurance broker. Early engagement with our team can help improve the contractual risk profile in the project owners’ favour. 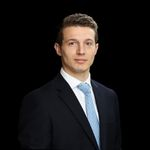 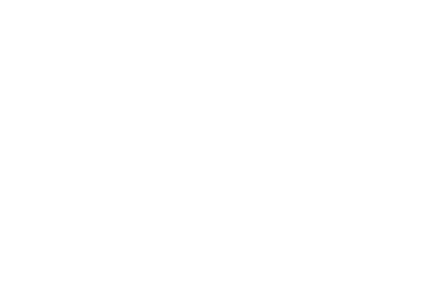