The pharma industry and all other companies in the opioid supply chain will be passing on the costs of compensation and related legal costs in the US to insurance and reinsurance carriers (where they have policy coverage) in a move that will affect renewal negotiations for the next 12 months, at least.

Drugmakers are being accused of stoking an opioid epidemic in the US, which has killed almost 400,000 Americans between 1999 and 2017 through prescription as well as illicit opioids, according to the Centers for Disease Control and Prevention (CDC) (opens a new window), the nation's health protection agency. The catastrophe allegedly started when pharmaceutical firms flooded the market with ultra-high strength prescription painkillers, creating a generation of addicts.

In lawsuits driven by US states, cities, counties and municipalities that are having to bear the medical cost of the opioid crisis, plaintiffs argue (opens a new window) that corporations failed to maintain effective controls over their drugs and allowed pain pills to pour onto the black market. Defendants claim that they followed the law and blame doctors, drug distributors, the Drug Enforcement Administration and others for the crisis.

Nevertheless, in July 2019, Reckitt Benckiser agreed to pay up to $1.4bn to US authorities in a settlement with the Department of Justice and the Federal Trade Commission to resolve allegations that former Reckitt subsidiary Indivior carried out an illegal scheme to boost sales of an opioid addiction treatment.

The settlement followed an indictment in April accusing Indivior of deceiving doctors and healthcare benefit programmes into believing Suboxone Film, a form of opioid, was safer and less susceptible to abuse than similar drugs.

The indictment also said Indivior used an internet and telephone programme touted as a resource for opioid-addicted patients to connect them to doctors it knew were prescribing Suboxone and other opioids at high rates and in suspect circumstances.

The Justice Department said (opens a new window) the scheme resulted in thousands of opioid-addicted patients using the drug.

Purdue Pharma, which had already been convicted of a criminal offence in 2007 and fined $600m for its sales strategy of rapidly building demand for its drug OxyContin, filed for bankruptcy on Sept. 15 in the face of thousands of lawsuits.

Later in October, four drug firms reached a settlement (opens a new window) with two counties in the state of Ohio. Teva, AmerisourceBergen, Cardinal Health, and McKesson agreed to pay $260 million to compensate communities hit by the opioid epidemic.

Separately, several US states and hospitals are suing healthcare giants such as Johnson & Johnson for developing, manufacturing and heavily promoting opioid-based medications.

Drug companies deemed responsible for the opioid crisis are expected to face a total bill as high as $50bn (£38bn) and turn particularly to product liability insurance policies to help them cover losses and legal costs. The companies might also make use of directors & officers (D&O) insurance as well as professional indemnity policies to recover costs from insurers.

Insurance policies of retailers and large supermarkets are also being impacted by the wave of litigation while the US healthcare industry is in the spotlight for encouraging opioid use.

Meanwhile, insurers are already working exclusions into policies at renewals as a response to the opioid crisis and the expected insurance claims.

If insurers decide that the claims are valid and covered in the respective policies, they will pay out the claims and recover the losses from their reinsurance partners if such protection is in place. As a consequence of claims payments, re/insurance rates for pharmaceutical companies are likely to rise.

Exclusions in policies and higher rates are likely to make it more difficult for pharmaceutical companies to find appropriate insurance cover during upcoming renewals.

Lockton experts have extensive experience with pharmaceutical, biotech, medical device and distributors to help you anticipating risk issues and design custom insurance solutions, leveraging Lockton’s extensive relationships with specialty insurers worldwide. In addition, Lockton’s reinsurance unit is specialized in the structuring and placement of reinsurance programs and has the experience, skillset and the right contacts in the market to find the best protection available. 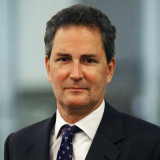