Employers will need older workers more in future, so how do you attract and get the most from them?

Amid companies’ clamour to attract talented young workers, another employee group must not be overlooked: older workers.

Over the next 10 years, it is estimated that 13.5 million jobs will be created (opens a new window) in the UK but only 7 million young people will be leaving schools and colleges.

Companies will need older workers more and more. Fortunately, life expectancy is rising incredibly quickly. We are gaining 12 minutes of additional life for every hour we live, according to findings from longevity consultancy Club Vita. We are not only living longer, but more healthily due to improved lifestyles, advancements in medicine and chronic disease management.

There's been a year-on-year increase in economically active 50-64 year olds since 1995.

By just 2020, 36% of workers will be over 50 (opens a new window). And projected demographic profiles for 2035 show a big increase in the number of older people. This trend has been developing for some time: an ONS report from 2011 illustrated a year-on-year increase in economically active 50-64 year olds (opens a new window) dating back to 1995.

Companies that attract and get the most from older workers will be at an even greater competitive advantage in coming years.

But what exactly do we mean in practical terms when we speak of ‘older workers’?

In three years’ time, your author will turn 50 and become an ‘older worker’ by many common definitions (opens a new window). Yet, like many workers of about my age, I don’t feel like an ‘older worker’ and nor do I recognise in myself or my peers many of the characteristics commonly associated with my age group.

Let’s explore some of the common misconceptions about older workers.

Cognitive capacities such as working memory, adaptability to new tasks and problem-solving speed deteriorate after peaking in our late 20s. But, by contrast, verbal fluency, general knowledge and vocabulary do not decline and may actually improve if exercised through work (opens a new window).

Workers older than 60 actually make more accurate decisions, according to psychological studies (opens a new window), because they have more accumulated experience (or ‘crystallised intelligence’). Some years ago, BMW ran an experiment involving two production lines – one comprising older workers and another comprising younger workers – which found their older workers made fewer mistakes and were more productive.

Older workers take about the same number of sick days as younger workers – but the pattern of their sick leave is often different. Older workers tend to be absent for single longer periods, but are more dependable in terms of short-term absence. In fact, the largest decrease in working hours lost to sickness (opens a new window) between 1993 and 2013 was in the 50-64 age group, according to the Office for National Statistics.

Some employers may be concerned that older workers might require more workplace adjustments to be made that, cumulatively, could be costly. But there is no evidence to support this, and many studies suggest the opposite. For example, BMW made 70 minor changes (opens a new window) at an assembly line of a huge auto plant in order to better accommodate the needs of older workers, and to cut the chance of errors and reduce physical strain. As a result, productivity rose 7%, absenteeism fell below the plant’s average and the assembly line’s defect rate dropped to zero.

For employers unsure about the possible hidden costs of older workers, the Age and Employment Network has developed a workforce assessment tool (opens a new window) that enables employers to assess how an ageing workforce will affect their workplace.

Overall, older workers bring experience, knowledge and a great network that can help to quickly get jobs done. They are a key component for any company that appreciates the benefits of a diverse workforce.

So how do you attract and keep older workers?

Getting the most from older workers

Older workers’ workplace needs and preferences will naturally vary, as it does for any demographic. However, various studies indicate that older workers, among many things, would often like:

Many older workers want to carry on working and to add value, and recognise that work is good for them, both physically and emotionally.

For example, 67% of Americans aged 50+ (opens a new window) no longer consider retirement as the point where they’ll stop work immediately, but instead plan to work part-time or partially from home, or in contractual positions.

Evidence indicates that flexible working significantly increases the duration of an employment period. A relatively recent contributing factor to older workers’ desire for flexible working is that their parents are now often still alive, so they are more likely to have care responsibilities than previous generations.

It should not be presumed that older workers have little interest in sabbaticals or studying for professional qualifications.

A well-thought-out, tailored benefits strategy can often appeal more to older workers than pure monetary rewards. Take medical insurance as an example: while younger employees will generally claim for higher-incidence, low-cost items such as physiotherapy or diagnostics, older workers might value help with managing chronic conditions, which are often excluded from standard plans. They are also more likely to incur high-cost claims, so any annual caps will be problematic. Similar nuances apply to the provision of screening, income protection and so on, where older workers’ needs often differ.

Just as it is advisable that employers reassess their benefits packages for younger workers (see What millennials really want in the workplace: part 2 (opens a new window)) it should not be presumed that their benefits packages are still suited to older workers. Older workers are not necessarily what they used to be. For example, it should not be presumed that older workers have little interest in taking sabbaticals or studying for professional qualifications.

Whether your ‘older workers’ are aged 50, 60, 70 or more, two things are certain: there’s a lot of them out there, and there is no reason why they shouldn’t be a highly productive and integral part of a healthy workforce.

Join us at our Lockton Breakfast Seminar – 'Engaging the Multigenerational Workforce' – where we will share findings from our research and experience about how employers can effectively address the needs of a multigenerational workforce. 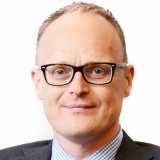