What really happens when workers don’t get enough sleep

Many people across the West might be chronically sleep-deprived. Are employees and employers aware of the full effects?

Some employees returning to work after the Christmas holidays might have noticed a difference in the workplace. People might have seemed quieter, less energetic; some might have struggled to sleep at night, or to concentrate on their work.

Although dietary variances may sometimes be a factor in this difference, the main reason is what we increasingly call 'social jet lag (opens a new window)'.

Put simply, social jet lag is the experience of having greatly different sleeping habits outside of work, compared to the working week – a habit often exacerbated during traditional holiday periods.

It’s a socially accepted habit. Yet research increasingly indicates that it is bad for our health and wellbeing. Contrary to the concept of ‘catching up on sleep’, the narrower the difference in a person’s waking times – particularly between weekdays and weekends – the better for mind and body.

Social jet lag seems to be part of a larger trend: many people are simply not getting enough sleep, or the right quality of sleep.

Most of us appreciate, at least intuitively, that poorer levels of sleep impair us physically and cognitively. We are also used to hearing that seven or eight hours of sleep a night is recommended.

The full effects of poor sleep management, however, can be really quite profound. Arguably it is the greatest public health challenge developed nations face in the 21st century.

Consider: when clocks in the Northern hemisphere go forward an hour in March, there is a frightening spike in cardiovascular problems (opens a new window) the following day, according to a tabulation of millions of daily hospital records. Conversely, when clocks move back an hour in the autumn, rates of cardiovascular problems plummet the day after.

When clocks go forward an hour in March, there is a frightening spike in cardiovascular problems.

A similar rise-and-fall relationship can be seen with the number of traffic accidents (opens a new window).

Unfortunately, the leading causes of disease and death in developed nations – such as heart disease, obesity, dementia, diabetes and cancer – all have casual links to a lack of sleep (opens a new window).

During the working week people typically sleep for 38 minutes less per night than they did 10 years ago, found a ten-year study involving 150,000 individuals across the globe. This may not sound like very much difference, but the effects can be significant.

Chronic sleep restriction – to just six hours per night – might reduce one’s cognitive performance as much as if you went without sleep for two whole nights.

And just one or two weeks of sleep curtailment can result in increased appetite and food intake; decreased insulin sensitivity and glucose tolerance; impaired immune response to vaccination; reduced ability to resist infection, and mood disturbances.

Even if employees say and think they are okay, they might not be: self-reported sleepiness ratings by individuals subjected to chronic sleep restriction showed they were largely unaware of the increasing cognitive deficits.

Even if employees say and think they are okay, they might not be.

Poor sleep management unsurprisingly affects companies’ bottom-line. The cost of insufficient sleep (opens a new window) is $50 billion a year in the UK, $60 billion in Germany and $411 billion in the US, estimated a study by the global policy think tank Rand Corporation.

Sleeping problems are increasing, at least partly, due to the 24/7, always-on culture many of us live in. The number of workers faced with working outside a normal work day is increasing, and will continue to do so.

These societal changes are also manifesting themselves through technology usage, where light-emitting devices are in regular use throughout the day and often immediately before bedtime (opens a new window). These devices have been shown to increase sleep latency and to reduce actual sleep time, and also to reduce melatonin production, a reduction that has consistently been associated with increased cancer risk.

Evidence also correlates reduced melatonin production with delays in the circadian clock (opens a new window), reduced amounts of rapid eye movement (REM) sleep, and delays to its timing, as well as reductions in alertness the following day.

While this is a problem for society at large, increased work intensification of traditional white-collar workers is putting them at particular risk. Some white-collar work environments still sadly exhibit a competitive, alpha-male style, which is often characterised by a long-hours culture, where little sleep is displayed as a ‘badge of honour’.

This may lead to a belief that all should follow suit, setting an unhealthy precedent. It appears that differences between individuals’ need for restorative slow wave sleep (SWS) is genetically programmed. There is a risk that some employees who, due to genetic factors, need less SWS become de facto role models for colleagues and the wider workforce. (How often do we hear about Margaret Thatcher’s fabled four-hours-a-night sleeping habits?)

Many organisations, particularly those with shift workers, invest extensively in health and wellbeing interventions and promote a strong employee health culture. However, the importance of sleep management is possibly being underestimated – thereby undermining many other well-intentioned initiatives.

If companies are not supporting employees’ efforts to sleep well, they may be opening up the ground underneath many wellness measures.

For example, offering workers gym membership and support for healthier eating is helpful for weight management, but if a long-hours culture and poor sleep management is leading to increased appetite and desire to eat, then these interventions may be masking the basic problem.

Another increasing trend is to allow workers to work remotely, to reduce commuting time and give individuals more flexibility about how and when they work. However, this may increase the occurrence of social jet lag, with occasional work-from-home employees potentially rising later than when they are in the office.

In other words, if companies are not adequately supporting employees’ efforts to sleep well, they may be opening up the ground underneath many of their wellness measures.

For individuals, it is advisable to set a consistent waking time, limit the use of electronic devices before bedtime, limit the consumption of substances that may impair sleep quality and maintain a good exercise regime.

For employers, it advisable to recognise the importance of sleep and their role in its promotion; provide facilities and amenities that help employees with sleep hygiene, and discourage the extended use of electronic devices.

There is an increasing need to improve education about the role and science of sleep and its impact on performance. Failure to address this issue may greatly reduce employee wellbeing – and a company’s market competitiveness. 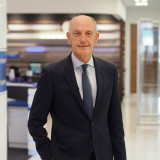