The UK government is restricting insurers’ ability to avoid liability to third party victims under the Road Traffic Act (RTA) after an accident has occurred.

From Nov. 1, 2019, insurers will no longer be able to place reliance on a declaration obtained after an accident date confirming their entitlement to void a policy, and therefore avoid liability to third party victims under the RTA.

“Up to now, insurers were able to avoid an RTA liability post-accident and reduce its status to Article 75 by securing a Section 152 Road Traffic Act 1988 declaration of policy voidance,” says Tom Maughan, Claims Executive/Vice President at Lockton. “This was possible on the grounds that the policy was obtained by way of non-disclosure or misrepresentation at inception,” Maughan explains.

The regulatory change comes on the back of the government’s acknowledgment that the current rules are incompatible with EU law. Avoiding a policy to defeat a third party claim is not compatible with the EU’s Motor Insurance Directive.

“It should be stressed that theoretically it will still be possible for an insurer to obtain a Section 152 declaration prior to an accident to avoid an RTA liability,” Maughan says.

“In reality, the Deregulation Act 2015 allows policies to be cancelled mid-term without the risk of RTA liabilities for any future accidents,” he notes.

Insurers do have a four month window to obtain post-accident Section 152 declarations if the policies should be effective in avoiding an insurer’s RTA liability. 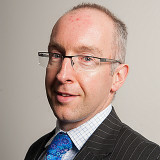