The UK is set introduce new terrorism legislation that will change businesses’ responsibility for terrorism acts, requiring a new strategic approach for how companies manage and mitigate this risk.

As outlined in the consultation (opens a new window), the Protect Duty legislation, also known as Martyn’s Law, will require owners and/or operators of publicly accessible locations (PALs) to take appropriate and proportionate measures to protect the public from terrorist attacks.

The legislation comes on the back of the suicide bombing attack that took place at the Manchester Arena during the Ariana Grande concert on 22 May 2017. The legislation is named after Martyn Hett, one of the 22 victims (opens a new window) that lost their lives at the event. The inquiry into the Manchester Arena bombing (opens a new window) highlighted some security failings in relation to hostile reconnaissance, venue security practices and risk assessments. The new legislation aims to address these failures.

The Home Office estimates that 650,000 UK businesses could be affected by the new legislation which will apply to:

Requirements are expected to include:

Organisations affected will need to (re-)assess the risk of terror attacks, implement measures to reduce the risk, and put together robust terrorism plans. Particularly smaller organisations that may not be regarded as obvious targets may need to take action as many of them will have never formally assessed terrorism.

In order to prepare for the new Protect Duty legislation, businesses should review the risk mitigation measures they are deploying and potentially adjust them accordingly. The process may include:

If a security breach is considered serious enough, companies may need to conduct a vulnerability assessment, prepare a counter-terrorism plan, and, importantly, ensure that representatives engage with the police and government agencies for training and best practice.

The legislation is set to significantly change how companies manage terrorism risks. Businesses that fail to carry out the requirements under the duty could face prosecution under legislation such as the Corporate Manslaughter Act.

The duty will lead to greater liability exposure for businesses in scope. While the new rules are expected to become effective in 2023, businesses should start reviewing their insurance programmes with Protect Duty in mind, with a particular focus on general liability (GL) and employers’ liability (EL) limits. UK companies may need to purchase additional terrorism EL and GL cover if they don’t already do so.

A specific terrorism liability policy is designed to cover any claims expenses and damages that the insured becomes legally liable to pay following claims for bodily injury and property damage. If the business already purchases terrorism insurance, it might want to consider increasing the limits as the limits that many publicly accessible locations currently buy are likely to be insufficient to cover the costs following a deadly attack.

It is advisable that businesses consult with their directors’ and officers’ (D&O) liability insurance providers how the new duty is likely to affect their cover. 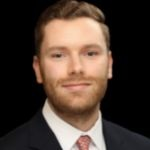