Exaggerated healthcare claims and what to look out for

There are an excess of recent examples of exaggerated claims in the medical malpractice arena.  Whilst Judges can punish such claims, we suspect that we will continue to witness an increasing trend towards overstatement of loss.

Holly White was sentenced to six months imprisonment (opens a new window) at a committal hearing on Thursday, May 26, 2022, for attempting to defraud the NHS of more than £4 million. She was also ordered to repay £45,000 of interim payments and pay the trust's committal application expenses.

The court found that White, 29, willfully exaggerated the severity of injuries she experienced as a result of a delay in detecting spinal cord compression (cauda equina syndrome) during treatment in 2011.

Although White claimed to have mobility issues and needed a crutch, video surveillance showed she walked normally without assistance. In most cases such as White’s, the false fraudulent claims are exposed by video surveillance, such as private investigators, showing that the injuries made by the claimant were exaggerated severely.

Unfortunately, there are a plethora of recent examples of exaggerated claims in the medical malpractice arena which include a Lesley Elder, who attempted to defraud the NHS in excess of £2.3m (opens a new window) in compensation for injuries following surgery. Ms Elder said she had pain walking and needed a wheelchair for long journeys; However, surveillance was carried out in 2016, and she was observed walking without mobility aids, such as going shopping or going to a supermarket with her daughter. Further surviving evidence showed her at a hen party for one of her daughters in Ibiza in 2012. Ms Elder was ultimately unsuccessful and was sentenced to 5 months of jail;

Of course, exaggeration is by no means limited to medical negligence cases. We frequently see dishonest instances in the context of personal injury cases as well. Other examples include:

Clearly then, if someone is injured and requires work compensation, it is vital that you check that they are unable to work and what salary you will actually need to compensate for. As the above examples show, many fraudsters claim they can’t work when in fact they can, as well as many who require compensation lie about their salary or job to gain more compensation. A particularly good example of this is Anthony Smith who said he was unable to work following an accident at work (opens a new window) and wanted £25,000 as compensation for two years of work as a fireman and damages. It was later declared that Mr Smith was a self-employed taxi driver at the time of the claim and not a fireman. He was also working while claiming he was unable to work. Mr Smith was handed a 12-month suspended jail term in addition to a £10,000 lump sum from his pension being used to pay off the fire service some of the money he owes.

Even though Judges gravely punish claimants for exaggerating and lying, it does not deter others from attempting to do so. This is why it is vital to have an insurance broker with an alert, detail focused advocacy team who can mobilise fraud detection processes even at the complaint stage of a fishy looking claim.

Do not hesitate to contact us on the details above about how we can assist you with responding to complaints and claims, and ensuring that claimants are subjected to the closest possible scrutiny. 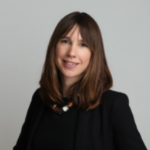