The fate of business interruption policyholders who have submitted claims following the COVID-19 pandemic is set to be decided by the UK’s Supreme Court in a judgement that may overrule the previous High Court decision.

The 15th September High Court decision (opens a new window) in the Financial Conduct Authority (FCA) business interruption (BI) test case was welcomed by policyholders (and to a certain extent, insurers). However, discussions between the FCA and six insurers to resolve outstanding issues have been unsuccessful, and the case is now moving to the UK Supreme Court who will decide whether there is any cover for policyholders under their BI policies.

One of the key insurer arguments in the test case appeal will be heard by two judges who, over ten years ago, ruled that business interruption claims would not be payable in relation to catastrophic events that caused wide area damage. Policyholders will now have to nervously wait to see if these judges have changed their minds in the past decade or whether they will agree with insurers, thereby overruling the High Court’s decision and ruining many policyholders’ chances of a successful recovery of their losses.

The Supreme Court has confirmed (opens a new window) that the appeals of the FCA, six insurers (Arch, Argenta, Hiscox, MS Amlin, RSA and QBE) and the Hiscox Action Group in the BI test case will be heard across four days beginning on 16th November. The hearing will be live streamed and conducted by video conference as a result of the COVID-19 pandemic.

The Supreme Court is the highest court of appeal in UK claims where hearings are usually conducted by five senior Justices. In this case Lord Hodge, Lord Reed, Lord Kitchen and interestingly, Lord Leggatt and Lord Hamblen will hear the FCA appeal.

Lord Leggatt (or Mr Leggatt QC as he was at the time) was part of the distinguished arbitration tribunal that heard the first instance case of Orient-Express Hotels Limited v Assicurazioni Generali Spa (UK) (‘OEH’) in 2009. This case has featured heavily in the FCA test case as the decision said that business interruption losses resulting from property damage (in this case to a hotel in New Orleans which was ravaged by hurricanes Katrina and Rita in 2005) could not be claimed where the loss would have been sustained in any event as a result of widespread damage to the area surrounding insured premises.

On appeal to the High Court (Commercial Division) in 2010 the then Mr. Justice Hamblen (now Lord Hamblen) agreed with the approach of the tribunal ruling that Orient Express Hotels could not recover for their business interruption losses due to the fact that they would have sustained the same loss, even if the damage had not occurred, due to the widespread destruction to New Orleans (as no one would want to stay in a hotel in the middle of a disaster zone.

Insurers in the test case have tried to extensively use this decision to suggest that COVID-19 BI claims should not be recoverable as even if the insured business had not been affected by an outbreak of the disease, they would have sustained the loss anyway as a result of the national and global pandemic.

Insurers are asking the Supreme Court to rule that the High Court took the wrong approach and that the decision should be applied to claims resulting from the COVID-19 pandemic. If successful this will mean many policyholders claims will fail.

In considering the application of the OEH decision to the case pursued by the FCA and the defendant insurers, Lord Justice Flaux and Mr Justice Butcher chose to legally ‘distinguish’ the decision. A judge may choose to ‘distinguish’ a decision where they believe that a previous court ruling is not similar enough to the facts in the present case for it to be followed (and for the resulting principles to be applied). This decision was made on the basis that the ruling in OEH was made in respect of a claim resulting from property damage, where as in the FCA test case the decision relates to ‘non-damage’ extensions. Furthermore, OEH was a decision in respect of a different peril: hurricanes rather than the disease losses claimed in the test case, and did not include perils of a composite nature (such as the hybrid and non-damage denial of access wordings).

The test case judgment suggested that the decision in OEH ‘has been the subject of academic criticism’. It was also noted that the principles that arose from the decision could lead to illogical results citing the scenario where ‘if the hurricanes had only damaged the hotel, there would have been full recovery…but because the overall devastation OEH was…worse off’. The court felt that this was all as a result of an incorrect identification of the insured peril: it was the hurricanes and all their resulting damage that was insured against, not simply damage to the hotel.

Lord Justice Butcher and Lord Justice Flaux took the view that as ‘the occurrence of a case of COVID-19 within a Relevant Policy Area is to be treated as part of one indivisible cause’, the disease and resulting restrictions formed part of the same peril on this construction and the decision in OEH should not apply, ultimately ruling that: ‘If we had thought that the decision in Orient Express somehow dictated the consequences in terms of cover and the counterfactual analysis for which the insurers contend in the present case, we would have reached the conclusion that it was wrongly decided and declined to follow it. However, we do not need to go that far because even if Orient Express was correctly decided, it is clearly distinguishable from the present case.

FCA lawyers now have the unenviable responsibility of persuading two senior judges that they wrongly decided the case a decade ago or, that their decision should not apply to policyholder claims resulting from the COVID-19 pandemic.

Policyholders will no doubt be hoping that Lord Leggatt and Lord Hamblen decide to take a similar approach to the High Court (in confirming that OEH can indeed be distinguished) or that they are willing to go even further in confirming that in hindsight, their judgments in 2009 and 2010 were wrong and should be overturned. If they are prepared to go that far then the judgment will have huge ramifications for all business interruption claims which result from catastrophic events and will inevitably lead to a major rethink of underwriting principles.

Webinar Recording | Lockton's Sam Ellerton and Maria Andriola recently held a webinar to answer a range of questions on the FCA BI test case and the process thus far, along with what the next steps are likely to be.

The above is in no way intended to provide legal advice. Readers should obtain independent legal advice from a suitable practitioner as required. Lockton Companies LLP does not accept any liability with respect to reliance upon the content or accuracy. 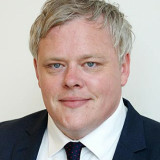